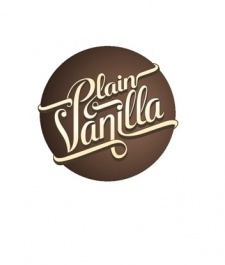 The money was invested by Sequoia Capital and e.ventures and closed before its signature game QuizUp launched on iPhone on 13 November 2013.

It's already been downloaded over one million times, with over 60 million head-to-head bouts of social trivia played.

"We anticipated the run-away organic growth of QuizUp even before it launched," commented Mathias Schilling, e.ventures co-founder and managing partner.

"It was obvious to us that there were no similar apps on the market with this level of depth and virality. QuizUp is simultaneously addictive and educational, with hundreds of topics ranging from sports to the arts. We believe Thor and his team will make a substantial impact on the market."

The game has over 100,000 trivia questions in close to 300 categories, and also contains the ability for players to submit their own categories and questions.

"We are delighted to see the phenomenal reception of QuizUp," said Plain Vanilla's CEO Thor Fridriksson.

"Engagement is going through the roof, people are playing, chatting, and adding friends at a rate that is way beyond anything we anticipated. We are gratified by the enthusiasm and support of our investors and this provides a great vote of confidence for our mission to help connect people from around the world through shared passions and interests."