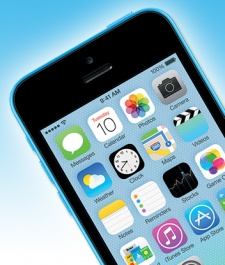 Chatter on Wall Street suggests Apple's first plastic iPhone will be quietly put to sleep at some point in the coming year, with consumers instead turning to the more expensive iPhone 5S across the course of the quarter ending 28 December 2013.

Apple sold 51 million iPhones during Q1 2014  up 6.7 percent on the same period in 2013 but down on projections of 55 million. Apple declined to break down said total between the two different models.

Of iPhone 5C's apparent stall at the tills, Cook said sales had "turned out to be different than we thought" in the post results conference call, although iPad sales received a nice boost across the quarter  up 13.5 percent year on year to 26 million units sold.

"We are really happy with our record iPhone and iPad sales, the strong performance of our Mac products and the continued growth of iTunes, Software and Services," added Cook.

"We love having the most satisfied, loyal and engaged customers, and are continuing to invest heavily in our future to make their experiences with our products and services even better."

Apple's iPhone 5C has not been the success many expected

Nevertheless, Apple's shares fell by almost 9 percent in after-hours trading namely because of the company's projections for the next quarter. Apple expects to bring in between $42 billion and $44 billion in revenue  roughly equal to the $43.6 billion it amassed during the same period in 2013.

In more positive news, Apple has also revealed that iOS 7 is now running on 80 percent of compatible devices.