Nintendo branded "behind the times" as Tomodachi Life furore builds 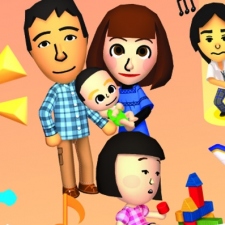 Nintendo has released statement as part of its attempts to quell the storm surrounding its new 3DS game Tomodachi Life.

In a statement to the Associate Press, the company acknowledged the controversy - which focuses around the inability to engage in homosexual relationships in play - but Nintendo was quick to point out that new versions of the games were based on the original Japanese build, which didn't feature same-sex couples.

"Nintendo never intended to make any form of social commentary with the launch of Tomodachi Life. The relationship options in the game represent a playful alternative world rather than a real-life simulation," it says.

"We hope that all of our fans will see that Tomodachi Life was intended to be a whimsical and quirky game, and that we were absolutely not trying to provide social commentary."

Commentators have been quick to note this is precisely the sort of public relations nightmare Nintendo could do without, following Wednesday's announcement $229m loss and subsequent attempts to shore up faith in the company's vision and potential.

Indeed, a social media campaign to address the issue launched by fan Tye Marini, has seen growing support, with many rallying under the banner of #Miiquality.

The company seem to have been blindsided by the furore surrounding a noticeable lack of gay marriage options in the game, with LGBT advocacy group GLAAD accusing the company of "purposefully limiting players' relationships."

[Nintendo is] setting itself well behind the times.

In a statement made to GamesBeat, a spokesman for the group has accused Nintendo of "not only sending a hurtful message to many of its fans and consumers by excluding them, but also setting itself way behind the times."

GLAAD pointed to other games that allow gay relationships, arguing that "it's been over a decade since The Sims, the original 'whimsical and quirky' life simulator, allowed its users to marry any character they wanted, and many other mainstream and massively popular video games have followed their lead since. Nintendo should do the same."

Last month, PocketGamer.biz asked why attempts by the industry to address LGBT issues are such a hot potato, and sister-site PocketGamer yesterday published an unequivocal article about the issue, arguing for Nintendo, and other games companies, to take substantive action.