Defamatory online reviews can be punished 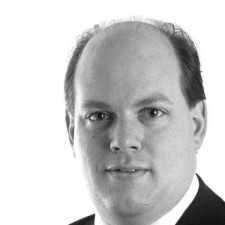 The UK High court has made a landmark ruling with regards to a defamatory fake online review.

Payment for fake reviews has become an increasing concern across multiple sectors in recent years, and this case appears to mark the first time an incident has been successfully pursued to trial.

Bussey Law Firm of Colorado Springs has been awarded $75,000 in damages after a judge ruled that the UK-based defendant had posted false reviews of the firm on Google Maps.

While the case itself was related to a business, Will Richmond-Coggan (pictured), the solicitor representing the successful claimant has told PocketGamer.biz that the decision could have important knock-on effects for the video games space too.

"Mobile and online games depend very heavily on positive reviews and endorsements to draw more users," explains Richmond-Coggan of Pitmans.

He says that while some games on the App Store and Google Play may receive editorial endorsement, the majority will be fighting for recognition from the playerbase itself to pull new users.

"All of that massively increases the temptation for unscrupulous individuals to post fake negative reviews and undermine the competition," Richmond-Coggan continues.

a reduction in take-up of even just one percent can have a very significant knock-on effect.

"Just as in the Bussey case, which related to reviews on the Google Maps site of a law firm, a single negative review could have a significant impact on the credibility of the positive reviews already obtained, and of the product or service offered as a whole.

"A sustained campaign of negative reviews could prove fatal for an offering as precarious as a new mobile game. The impact might be less significant where the game in question is well-established, but of course it is those games that have the most to lose.

"For the most successful, a reduction in take-up of even just one percent can have a very significant knock-on effect in terms of the absolute number of users, and the associated revenue which they would otherwise have generated."

"That’s why the Court’s decision last week was so important." he concludes.

"It shows that businesses which are heavily dependant on online reviews and endorsements can take meaningful steps to protect their reputations, and the reputations of their products."