Armello launches on iOS and Android 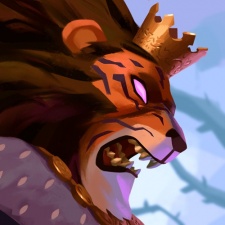 Digital strategy board game, Armello, is out now for iOS and Android.

The latest release from Melbourne-based games developers, League of Geeks, is free-to-play but features a varied monetisation scheme where players can purchase new characters and customisation items with in-game currency. Users can also choose to pay a flat subscription fee of $5.99 per month or $35.99 per year to unlock everything.

Armello boasts an eclectic range of influences from Magic: The Gathering to Final Fantasy Tactics for gameplay and Game of Thrones to Kung Fu Panda for story elements.

The King is dying of a disease called the rot, with up to four players using a variety of strategies to either heal or kill the poorly king, or amass the most points by the time he naturally passes.

Armello was first announced as an iPad exclusive back in September 2012, before the developers pivoted the project to PC and console, where it found a strong following with regular new content.