5 reasons to localise your game as an indie 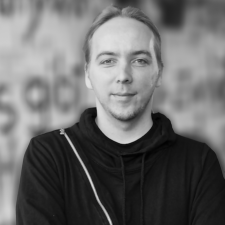 During a talk on localisation during The Big Indie Fest @ ReVersed Applanga CTO Steffen Romer offered a series of tips for indie developers.

Firstly he offered up five reasons indies should even consider localisation, which can be an expensive process.

The first reason he presented is that localising a game can help it generate extra downloads on the app stores. He noted that almost all the top 100 games on the App Store in China are localised.

Localisation for European countries like France, Germany and Spain too can offer benefits, he claimed. While many people in these countries will learn English, Romer said their preference is for their native language.

Secondly, Romer claimed localisation can increase sales. If the selling process is not translated properly, there’s a chance players won’t trust enough in the game, which can lose potential sales, he said.

The third reason was that localisation can be used as a way to keep players engaged. Romer said games should have translations for high scores, leaderboards, achievements and any features that make it more competitive to improve engagement, but it’s an area often overlooked.

Next up, Romer said good localisation can help you stay ahead of the competition, as engagement is typically much higher in localised games than very similar titles that aren’t.

Lastly, Romer said localisation can help developers get a higher app store ranking. While it’s desirable to be at the top of the US App Store, it should also be desirable to top the charts in the other 150 countries.