67% of Unity developers are choosing to publish independently

Unity reports on the development habits of 1,445 small to medium Indies 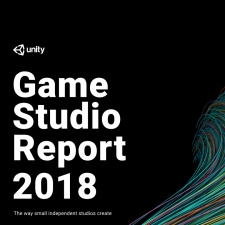 67 per cent of Unity developers are publishing and marketing their games themselves, according to a new report from technology firm Unity.

The company has released a report exploring the business behind 1,445 independent game studios using its engine.

The study examined studios ranging from two to 50 employees, working at a range of budgets from around the world. The group included studios using Unity at the core of their pipeline, as well as those using multiple game engines.

It found that 20 per cent of developers using its tech and services are using a publisher, while 13 per cent have left that work to a client.

59 per cent of studios have two to five employees, while 78 per cent have 10 or fewer, Most of these, a whopping 91 per cent, count themselves as fully independent entities.

Three-quarters of studios surveyed are working on budgets of $200,000 or lower. 51 per cent of these costs is spent on salaries.

“We thought it could help creators to learn about how fellow indie studios tackle financial and operational challenges to deliver the goods.”

The Unity Game Studio Report 2018 is available from the company’s website here.