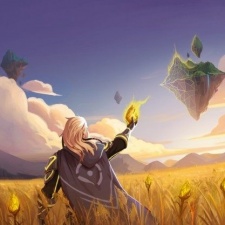 Due to enter open beta in the fall, SkyWeaver is an easy-to-access free-to-play game that will support mobile, browser and PC.

In addition to SkyWeaver, Horizon has also created an ID/wallet product called Arcadeum. The open-source platform will – of course – integrate deeply with SkyWeaver, but also enable users to interact with all Ethereum-based dapps.

Reasons to be cheerful

“Peter and the Horizon team have impressed me as a company with great passion to make blockchain meaningful for games,” said Initialized Capital managing partner and Reddit co-founder Alexis Ohanian.

“We are proud to have invested because not only do they have a long term future vision with a desire to make a positive impact on society, they are a far-seeing video games company, making engaging experiences that will give players all the benefits of digital and physical worlds colliding.”

Horizon CEO Peter Kieltyka also commented: “At Horizon, we’re passionate about giving games blockchain super-powers by offering our players the freedom to own and trade their digital items across an open Internet.”

This story was originally published on BlockchainGamer.biz.