Based on the TV show 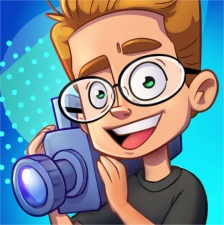 East Side Games has teamed up with Sony Pictures Studios for a new mobile title based on ABC's The Goldbergs.

The name of the game is called The Goldbergs: Back to the 80s. It features multiple characters from the TV show, with a focus on Adam and his siblings Erica and Barry. An idle game, it involves players collecting cool points to climb the social ladder at school.

Back to the 80s will include both new and old narratives, fans of the show will recognise various storylines.

Players can download the game from both Google Play and the App Store.

Earlier this year, we caught up with East Side Games CEO and co-founder Josh Nilson to discuss the idle genre. Furthermore, Nilson spoke at Pocket Gamer Connects Digital, where he explained how the studio handles live ops when working from home.