Update: XCOM Legends soft-launched in Malaysia and the Philippines

Being developed by Iridium Starfish 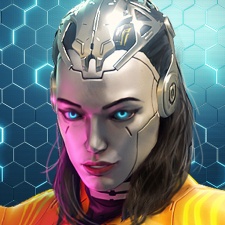 Update: 2K has subsequently confirmed that XCOM Legends has soft-launched in both Malaysia and the Philippines.

The game is titled XCOM Legends and is a turn-based RPG featuring a campaign mode that involves battling waves of enemies and a PvP mode, both gather experience to level up. Daily challenges and unique hero specific "war stories" are also ways for players to gather experience.

The setting for the game is a post-alien invasion Earth where the aliens, known as Advent, have claimed victory over humanity. The player is tasked with fighting back against the aliens in an alien versus human war.

Iridium Starfish has been named as the developer of the upcoming game, with little known about the Take-Two subsidiary outside of being based in California.

"Liberate the Earth in XCOM Legends, a brand new mobile turn-based RPG! Assume control of XCOM, one of the last resistance groups on the planet, and lead the charge to take back Earth from the tyrannical alien invaders known as Advent," reads the game description via the Google Play store.

"20 years have passed since Earth surrendered to the alien invaders. By the time we realised the alien threat, the war was already over and humanity was lost. To exterminate the last of the resistance fighters, the aliens have unleashed an untold, ancient evil.

"We now need your help once again, Commander, to assemble XCOM’s greatest warriors, both past and present and take back Earth. Are you ready?"

XCOM Legends is available to download in the Philippines on Android devices.

PocketGamer.biz has reached out to Take-Two for more details.

Head on over to our soft launch list to check out the top 54 games currently being tested worldwide.