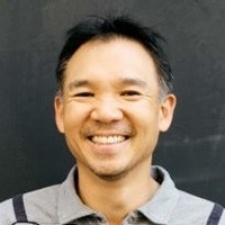 Whilst the cause of death has not been announced, Nexon parent company NXC did state that Jung-ju was undergoing treatment for depression, with symptoms worsened in recent times.

Nexon was founded by Jung-ju in 1994, and launched The Kingdom of the Winds two years later as the world’s first multiplayer online role-playing game.

"It is difficult to express the tragedy of losing our friend and mentor Jay Kim, a man who had an immeasurably positive impact on the world," Nexon CEO Owen Mahoney paid condolences, using Jung-ju’s English name.

"As a founder and visionary leader, Jay encouraged those around him to ignore the sceptics and trust their creative instincts. He will be deeply missed by his Nexon family and many friends."

On the Tokyo Stock Exchange, Nexon went public in 2011 and became the first gaming company from Korea to achieve KRW1 trillion ($830 million) in annual sales that same year. Nexon currently has more than 45 games available to players in 190 different countries.