Report: US Gamers are more concerned with the environment than the general population 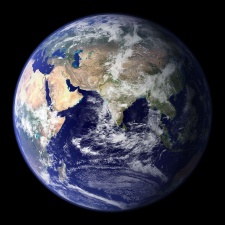 A new study has examined the opinions of gamers on global warming.

The study was conducted in partnership between the Yale Program on Climate Change Communication and Unity, examining climate change knowledge, attitudes, policy preferences, and behaviour among gamers in the United States.

The study found that 73 per cent of those studied believe in global warming, with 56 per cent understanding that this is caused largely by human activity. This is in line with the overall US populating, albeit with a slightly higher percentage of gamers believing in the existence of global warming than the general population (at 72 per cent.)

Gamers also showed consistently more concern regarding the issue than Americans in general, with 70 percent saying they were either 'somewhat worried' or 'very worried' about it, compared to 64 per cent of the general population.

Gamers also tended to feel more strongly about the issue than other Americans. When asked how they felt when reading news regarding global warming, 68 per cent said they were either 'very interested' or 'moderately interested', compared to 62 per cent of the general population.

This data suggests that gamers are hitting a sweet spot, being consistently more aware of global warming and related issues, yet optimistic regarding the future. Despite this, 56 per cent of respondents state they believe that global warming will harm them personally, compared to just 47 per cent of the general population.

Perhaps optimistically, few video gamers believe that it’s too late to do anything about global warming, with a combined 66 per cent either somewhat or strongly disagreeing with that statement. 49 per cent of gamers believe that new technologies can solve the problem without individuals having to make any significant changes to their lives.

Additionally, 54 per cent stated that global warming should be a high priority for the US President and Congress (compared to 51 per cent) while 61 per cent of both groups believe that developing sources of clean energy should be a top priority.

More than half of those surveyed stated that the gaming industry has a responsibility to address global warming, with 45 per cent stating the industry as a whole should do more (31 per cent) or much more (14 per cent) to tackle the issue.