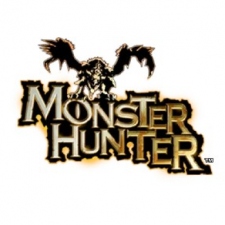 Yesterday, Tencent-owned studio TiMi announced that they would be collaborating with Japanese company Capcom to produce a mobile game based on their popular “Monster Hunter” franchise. It’s not the first time Tencent has worked alongside Capcom, although they’ve faced difficulties bringing the franchise overseas to China in the past. However, now they appear to be playing to their strengths in mobile gaming and are banking on a licensing freeze in China being lifted to allow the game to be released.

The game seems likely to be a global release, with TiMi handling Chinese development and licensing, whilst Capcom handles Asia and worldwide release. The announcement reads, “TiMi Studio Group (TiMi) and Capcom Co., Ltd. (Capcom) are joining forces on a new mobile game for the iconic Monster Hunter series. The in-development game will reproduce the hunting actions that define the Monster Hunter series, and offer players a new game experience unique for mobile devices and phones.”

Betting it on MH

Tencent has faced financial difficulties due to ongoing market problems in China. A licensing freeze and regulations that are opaque, difficult to manage and predict, have stymied the incredibly large gaming industry in the country. However, Tencent appears to be banking heavily on Monster Hunter being a major licence that they can bring to the country. It may be a big risk for other reasons as well, as Monster Hunter World was previously pulled from sale in China less than a week after listing in 2018, which came as a major blow to Tencent.

The Monster Hunter franchise has also faced further difficulty outside of games, with the Monster Hunter movie being pulled from theatres. However, Monster Hunter Online, an MMORPG for PC in China ran successfully from 2013 to 2019, so it’s unlikely the brand is seen as toxic by either Tencent or the Chinese public as a whole.

Tencent are likely aiming to revitalise their business and looking to the future. Although their expansion overseas would be a part of this, capitalising on an existing, dedicated Chinese mobile gaming audience is a smart move. The Chinese mobile gaming market is forecast to decline for the first time in years, but pulling out entirely likely isn’t an option. Thus, Tencent are banking on collaborating with a known brand and making a big splash with a high profile release like Monster Hunter.