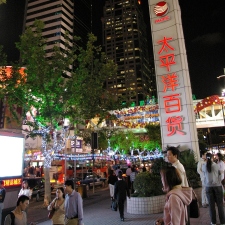 The Chinese game market has been facing a rough year due to various circumstances, amongst them being a licensing freeze and the effect of China’s zero-covid policy that often sees rapid restrictions. There has been concern that official state support is not there for the game industry, however an article in the official state magazine People’s Daily seems to have changed that attitude. It praised the role of the gaming industry in general for pushing technology forward, and suggested a softening attitude towards regulations against ‘game addiction’ that have been a major headache for game makers in the country.

Panda Daily, a website that reports on events in China and breaks down stories from original Chinese-language publications, summarised the article’s contents. “At present, game technology plays an important role in helping the development of advanced technologies and industries such as 5G, chips and artificial intelligence. With the rapid development of the digital economy, game technology has been applied to several different fields such as cultural heritage protection, industrial simulation, smart cities, film and television creation, etc.”

A change in attitude or just platitudes?

Although People’s Daily is an influential newspaper, and often parallels government talking points or views, there is no indication that this article is an announcement of legally binding policy or an endorsement of the video game industry. Thus, we’re unlikely to see a major change to economic policy, or avoidance of licensing freezes and other such regulatory crackdowns in the near future.

However, as indicated by the uptick in stock prices of roughly 3% for Tencent and Netease, it did provoke a positive reaction from investors. Netease has been in a tight spot since Activision-Blizzard refused to renew their publishing deal for lucrative games like Overwatch and World of Warcraft in the country. Whilst Tencent has equally faced the squeeze domestically and begun to invest more abroad in its gaming division.

Although this article is unlikely to soothe the concerns of mobile game makers that are based or operate in China, it may be an indicator of better things to come. Since the Chinese gaming market is forecast to shrink for the first time in years, it may indicate that the government wants to preempt and prevent this and restore business confidence.