Recently, a series of 'fake' apps have made their way onto Google Play.

This is no new phenomenon for Google's store, but the content of these fake apps struck a particular nerve with many.

As MacWorld reported, someone had uploaded fake versions of Apple's suite of iWork and iLife apps to the marketplace.

Mockery and derision of Android quickly spread across Twitter, with folks pointing to the platform's open approval process, where anything that isn't detected as malware is basically let in after about 24 hours.

Well, that's only true in theory. The App Store is less safe for developers' property than it may immediately appear.

When things go wrongThe problem is that, despite Apple having to rubber-stamp every single app that comes through - and the long waits for approval that results - mistakes still happen.

And because the App Store has a reputation for being 'safer' than Google Play does because of this process, the assumption comes in that it should be easy to figure out what's allowable and what isn't.

Well, in reality there have been several high-profile cases of apps that shouldn't have got through getting through - and not just the periodical tethering app that sneaks through, but actual blatant copyright violations that feel like they should have been shot down on sight.

The App Store approval team is two things: one, they're prone to human error. And two, they're comprised of a group of individuals who may be of varying quality, or even opinions, when it comes to apps.

For instance, Micro Miners was only approved for sale after an appeal tossed out the initial judgement - one Apple made based on what it described as "low-res graphics".

Likewise, the appearance of an unofficial Pokemon Yellow game on the App Store went unchecked for some time. Here's an app that seemed like an obvious fake, had many reports of crashes, yet still managed to get through Apple's approval radar.

Compare this with the case of productivity app Clear, which was rejected at one point for using a sound effect too similar to the Zelda series, according to a tweet from developer Phill Ryu.

Obviously, the failures are more high-profile than the ones that Apple catches, but the process was designed to weed out these obvious fakes, and it's clearly not perfect.

But it's not just the obvious cases that get through.

Another big example in cloning was 2011's The Blocks Cometh, which online reports suggested was cloned exactly by EdisonGame, using not just the gameplay but also art assets.

In fact, it was claimed the studio also stole an enemy character from League of Evil, which Halfbot cheekily included (with permission) when it finally released its own version.

But here's the kicker: Apple featured the clone in its New & Noteworthy section on the App Store. 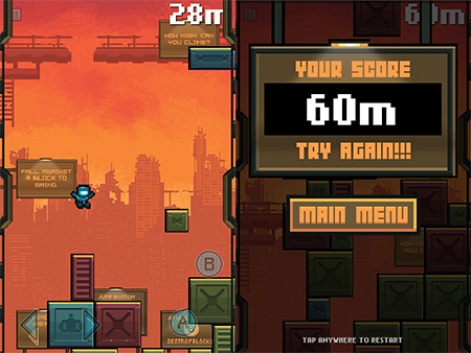 The Blocks Cometh By HalfBot

Apple featuring the clone - and the success it amassed as a result - likely harmed the long-term prospects of the real version of the game. In the end, it hit 116,000 downloads, but that in part owed much to free promotions launched over its lifespan.

Such mistakes haven't yet been confined to the past, either.

Recently, a rogue app called Topia World promised to let players play god and build worlds was released to the App Store. Only problem was, it clearly aped both concept and name from Glenn Corpes and Crescent Moon Games' Topia World Builder, which was released the month before.

It used impossibly-detailed screenshots as well. Thankfully, the game is no longer for sale.

But, when you consider how many unknown outside licenses there are floating around, it's hard for Apple to figure out what apps are legitimate and what aren't.

Without knowing about the loops pack, one may assume that one game stole from the other when it was all legitimately used.

Clones are still an issue

Cases where the legality of an app is somewhat dubious are, in fact, still commonplace.

Recently, the spate of apps that used Temple Run-esque icons to deceive potential customers were, in fact, rubber-stamped by Apple before complaints led to many of their takedowns - one such app, Temple Jump, having shot up the charts before being eventually removed.

There was also the well-publicised brouhaha that surrounded Zynga's Dream Heights, which seemingly lifted many visual and gameplay elements from NimbleBit's Tiny Tower.

There was little indication that Apple had any problem approving that. 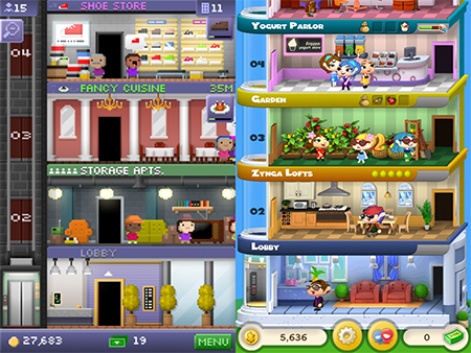 One of the other current dubious cases focuses on Slender: The Eight Pages. While the game is based on a creation from the Something Awful forums, several other titles that mimic the same concept also populate the App Store - Rory Harvey's Slender-Man one of the most popular.

The 99c game has over 5,000 iTunes ratings - a 2.5 star average - and managed to as high as #6 on the paid app charts according to AppShopper. It's one of many games using the same character that takes seemingly-unauthorised inspiration from the original concept.

It's possible many instances of copyright and trademark infringement are nullified purely because of the threat of litigation, or the potential for Apple to bring its 'ban hammer' down on anything that's not expressly verboten.

On the flip side, Apple still lets one or two tethering apps through the net every year as well - apps that break Apple's own rules. Still, they manage to sneak past.

Obviously, figuring out what's an iteration of a concept and what is a pure-bred clone is a nuanced issue that Apple clearly doesn't have time for  it's had a million apps submitted to date, after all.

That means Apple has been reviewing an average of 600 apps per day, every day since the App Store first opened in August 2008.

Developers can't just sit back and assume that Apple's walled garden will catch everything. Those concerned that their apps may be copied need to be proactive and monitor the App Store, because sneaking past Apple is easier than it may seem.