Learnings from the development of High School Story 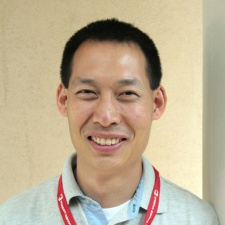 We were running out of time. Our studio had been working on High School Story for the past 16 months. We were nearly out of cash and needed one more month to finish the game before soft launch.

We were excited to finally be so close to launch. But we also faced a tough decision.

Should we spend the whole month polishing our tutorial? Or should we instead spend the month completing crucial back end features, like cheating prevention and marketing analytics?

From the beginning, the three founders of Pixelberry Studios had decided to bootstrap the company. Instead of raising money, we had half of our team of 11 work on projects for other companies, while the other half focused on High School Story.

We started with 6 people working on the game - two developers, two designers, an artist, and a writer.

We were fortunate in that our core team had been working together for 3-12 years. Most recently, we had been together at EA where we launched two games into the top #25 top grossing chart.

As a team, we believed in High School Story, and every person took significant salary cuts in exchange for equity in the studio. Not only did we believe in the commercial potential of the game, but we also believed in the power of the game to change how teens learned.

Having that common belief drove us forward.

We started design work in February of 2012. We wanted to launch in November, but knew that was an ambitious timeline.

November came and went, and we set our sights on a February launch. But merging two genres - narrative and simulation - into one game proved much more challenging than we'd thought.

After a full year had passed, we still weren't ready.

All of the basic game features were done, but they didn't work together in quite the right way. Quality really mattered to us. So we pushed the soft launch to May and the founders put more of our own money into the company so that we could add more people to the team.

May turned into June. By then, the game had become a complete labor of love. The High School Story team had grown to 14 people - two developers, two designers, four artists, three writers, and three QA.

If we had all been at standard corporate salaries, it would have taken $2 million to develop the game to this point. High stakes for a team in 2013.

By June, we were just a month away from soft launch. We had a tutorial in place, but it wasn't as strong as we knew it could be. We knew tutorials were key to the success of a game, but the changes we wanted to add, like a guided arrow system, would take a full month.

At the same time, there were other core features, like cheating prevention, crash analytics, new outfits for level-ups, and user acquisition analytics that would also take a month. Without cheating prevention, cheaters would give us unreliable data during soft launch. We weren't sure what to do. And more money was no longer an option.

Then we realized we had a third option of skipping a soft launch to buy ourselves more time. But our developers had never written their own game servers of this magnitude.

Soft launch would be our only chance to test the servers before they were hopefully slammed by hundreds of thousands of users.

We also had no experience with the logistics of launching a game. EA had shielded us from user acquisition, analytics, customer support, and server operations. We were weak in the very areas that had become vital to the success of mobile games.

We decided we had to soft launch, so we were down to our two original choices. Do we work on perfecting the tutorial for a month? Or do we work on a set of key features that would give us better data during soft launch?

The decision was nerve-racking. But in the end, we had to trust our instincts and rely on what we did best.

Solid data would have to wait. We had a month to complete the tutorial. It was time to sprint.

Next - Our totally naive soft launch and how it all worked out.

Oliver Miao is the CEO of Pixelberry Studios. Through partnerships with non-profits, Pixelberry's hit game High School Story has taught millions of players about tough teen issues, like cyberbullying and eating disorders.

Inside The Game: The thrill and terror of High School Story's launch