Check out what Lab Cave experts are saying about upcoming Stores’ features, keywords strategies, KPIs and other mobile predictions for the next year 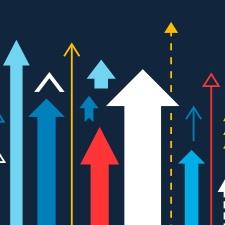 By 2019, we'll have some news that will be important to note in order to utilise them in your app marketing strategy.

After working with top apps developers and analysing data from the changes over 2018 in the stores and the market, Lab Cave’s ASO team is sharing some thoughts to be kept in mind for next year.

Take a look on these four predictions:

More hyper-casual games on the market

Hyper-casual games have a short production time and are low-cost games that have become popular.

The games are free, use basic principles (you learn to play in one minute), and are monetised exclusively with ads (some companies that do this are Lion Studios, Ketchapp and Voodoo).

Given the games’ short production times, development requirements (a studio can develop several in just a few months).

Developing polished titles takes time and even for the most experienced studios and it’s hard to predict how well a title will perform until it’s released.

With their simple mechanics, most hyper-casual games tend the be replayed several times a day, which combined with a monetisation platform assures a good ROI for the studio.

Once the process has been worked out, it’s a matter of rinse and repeat. Even if one hyper-casual title doesn’t perform as expected, the investment can be likely recovered with new titles.

Google Instant Apps was released at the beginning of this year and are an easy way to discover a game before installing it. It is already possible to find some games available on the Google Store with the functionality “to play instantly on more than one billion Android devices worldwide”, according to Google.

Instant Apps will become important because they offer a convenience: as users will have the possibility to discover apps/games without having to install them, the opportunities to engage the users will increase, since this first experience will be faster and with no cost.

Google Play Instant product manager Jonathan Karmel says that a game that tried this feature reached an increase of “25 per cent more clicks on store listing pages”, and it was measured that about 30 per cent of users downloaded the game after the instant experience.

The same percentage of conversion was reported by large publishers like Supercell, Zynga and Machine Zone (MZ), for example.

“We already have clients testing how Instant Apps work for them with very satisfactory results not only in terms of the number of downloads but also in the retained users aspect. Due to our expertise of years launching games and studying the algorithm of Google Play Store, we have learned how to launch Instant Apps to achieve higher goals.”
José García Velázquez, senior ASO consultant at Lab Cave

One of the most important factors for the coming years will be high-quality KPIs:

Google always prioritises the quality and the user's experience above all other aspects. Regarding this, these three KPIs are the most important ones to measure if users are happy with a specific app.

For these three KPIs, Google Play gives us some benchmarks where it is possible to find information about the competence of an App, but unfortunately, the Apple Store doesn’t offer the same resource.

These kinds of KPIs affect the ASO strategies of your Apps and are also a way to track issues and find spaces to make improvements in your functionalities.

José García points out: “This is where our work starts: bringing qualified users to the apps they are looking for by increasing the visibility of an app via an appropriate ASO strategy and also improving the conversion rate via A/B testing, CRO and Art Creative Sets."

Use of long-tail keywords

Long-tail keywords bring less traffic than single/short-tail keywords, but they can get higher conversions as the research is more specific and the competition for the terms is lower.

It is not a secret that the Apple Store and Google Play Store are overcrowded marketplaces and the impact of this overcrowding is that the competition is getting tougher every year, so the long-tail keyword will come as an alternative to explore other possibilities in ASO strategies and to reach a refined audience.

It will be a more in-depth project and will require even more research, but will also offer superior results.

Additionally, according to Juniper, a growth of 1,000 per cent is expected by 2023 for the usage of voice assistants in smart homes. The use of these voice assistants is becoming a way to research apps and users are choosing long-tail keywords to do that.

From games developers to a mobile growth company: Lab Cave has increased its revenue almost 2,000% in five years with innovation, hard work and data