What will you do when iOS and Android game CPMs eventually equalise?

Moloco's Henry Wang on planning for the future 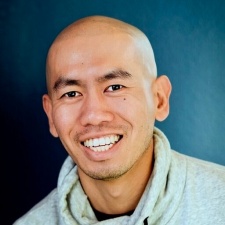 Henry Wang is director of product marketing at Moloco. He has five years of experience working in the mobile programmatic space across both demand and supply side.

Nearly 70% of global iOS bid requests now originate from devices that have opted to limit ad tracking (LAT), and while the transition to a post-IDFA advertising world has impacted the entire mobile advertising landscape, each app category has responded in unique and often contrasting ways.

A closer examination of sports and racing game ad traffic, for example, reveals that the release of iOS 14.5 marked the beginning of a divergence in ad prices between iOS and Android.

For sports and racing titles, the post-IDFA world is one in which the value of iOS traffic — the majority of which is now LAT — pales in comparison to the demand for Android traffic, which still affords marketers the benefit of user-level identifiers.

A closer look reveals an instructive series of events that marketers can use to prepare for future market shifts:

Before the launch of iOS 14.5, advertising costs on both iOS and Android platforms were typically tightly correlated.

The days of relying exclusively on user level identifiers are over.

The occasional exceptions — like one observed from January to February 2021 — were short-lived and reverted to the mean within weeks.

This mandatory update presented all users with Apple’s ATT prompt and started the shift towards iOS traffic becoming primarily LAT.

Android prices continued to grow, peaking in June before eventually declining. iOS costs, on the other hand, dropped significantly immediately following the iOS 14.6 patch as targeting capabilities fell away.

The divergence aligns with a massive shift in advertising spend from iOS to Android in direct response to privacy restrictions.

In hopes of minimizing the negative impact that a loss of targeting information would have on their campaigns, marketers reallocated resources to Android where they could continue taking advantage of Google's Android Advertising ID.

The initial rush on Android traffic pushed up costs before eventually reverting to levels closer to, although still higher than, pre-iOS 14.5 averages.

For marketers, the lesson to be learned is that mobile advertising is undergoing a fundamental transition, and could likely do so again.

The days of relying exclusively on user level identifiers are over — especially as Google is considering privacy upgrades to the Android Advertising ID.

If and when these changes take effect, Android and iOS prices will likely once again equalize, and marketers will need to be prepared to explore new solutions that will allow them to navigate the transition.

Sports and racing app marketers need to embrace new strategies that make the most of both LAT and contextual targeting.

There are several promising opportunities:

The future is privacy-centric

The effective sunsetting of IDFA is not an isolated event. There’s a growing demand for stronger privacy protections at consumer and government levels.

While transitioning ad spend to Android platforms is a short-term fix, marketers will need to think long term if they’re going to future-proof their efforts against coming market changes.

By diversifying their spend, prioritizing bottom-line results, and looking afield for new solutions, sports and racing game marketers can navigate the coming months with confidence.

You can find out more about Moloco's services via its website.

Speaker Spotlight: Moloco's William Melzer on how and why developers must understand demand-side platforms