How to achieve a mobile bestseller: can five projects perform collectively as one superhit game? 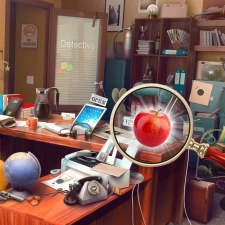 Milana Gelmanova is a producer at Azur Interactive Games

For a few years, publisher Azur Games and developer Diesel Puppet have been working together in pursuit of creating a hidden object mobile game (HOG) blockbuster.

With Diesel Puppet’s art team already established workflow, this partnership was a promising opportunity to enter mobile development without beginning an overly-complex game design process. But this journey would take many releases, and a lot of learning in-between.

Our first attempt was a project pairing casual genres with a well-developed meta and different mechanics, as opposed to a straightforward linear HOG with a low number of features.

Diesel Puppet and Azur was inspired by detective movies, so we picked a darker style with a high difficulty level. Detective Story also did not just have a rudimentary meta, but a parallel metahistory with bonus challenges that see believed would maximise user LTV and differentiate it from competitors.

We aimed to increase engagement and retention through heavy emphasis on the plot, dialogue, and characters. Each action, whether the player was exploring a level to find an item or communicating with characters, had a tangible, impactful outcome.

However, it was a challenge pairing this concept with the art style, target audience, and expectations, and a mostly female audience aged around 35 which prefer casual games – typical for HOGs.

This was far from typical for the HOG genre, so we assumed that it would help us stand out. We even added CGI cutscenes to the game.

However, in our zeal to improve the play experience, we hadn’t thought about monetisation. Diesel Puppet's Aliaksei Lohinau, said: “We got too caught up in our ideas but no how to monetise effectively. Take some of the standard monetisation in match-3 games: if you could only buy daily energy but not additional moves within each match, players can invest a lot of effort into beating a level and come one move short of winning. That’s what our monetisation was like. Suffice it to say, it didn’t go over well with the players.”

With each new feature and mechanic in each iteration and relentless testing, it became clear that the game would be impossible to scale. Long-term metrics were particularly weak.

It was impossible to acquire users. Not a single ad campaign paid off. But the game drew organic traffic and received the Editor’s Choice mark on Google Play, so there was enough revenue to at least cover development.

We decided to draw the line there and only release technical updates from that point on. In-app to ad ratio still stays close to 50/50, but the fact that we’re working with organic traffic and small data only makes it difficult to analyse these things.

The game still survives on organic traffic and brings in about $25,000 a month, although in the beginning, this number was around $10,000 a month.

Lohinau added: “We needed a different approach: don’t put pressure on the players, give them more, and shorten the text because in the end, only three percent of people read it. The story was our main feature, we’ve written a lot of text and ended up not needing it.

“The main thing we realised is that we made the game too difficult. Long-term retention was very bad — if the players ended up buying something, they did so only on day one. We were constantly dancing around the breakeven point. I was a little nervous because we spent a lot of time, money, and effort, but Azur Games proposed a new game without the text component and the midcore element of booster upgrades."

With Detective Story, the idea was to mix genres and create a deep meta for people who loved detective stories and HOGs. But, to be frank, it didn't work. It was too “masculine” (dark, with hidden objects like gas masks, tools, and so on) and didn’t sit well with our target audience.

When we started our next project, Hidden Journey, we approached it as a more grounded, classic HOG: leaving the casual elements out and emphasising the object search mechanics.

We dropped the plot, balanced the game less tightly, reduced the number of mechanics, limited the player's session to motivate in-app purchases, and introduced daily bonuses to encourage players coming back. We also repurposed artwork and assets from Detective Story.

Overall ad revenue also increased, even though the number of placements stayed the same, through new gameplay elements to challenge the viewers. For example, we left out the story meta, but added related mechanics like animal collections and bonus levels. Nevertheless, the long-term retention still wasn’t good enough.

Google Play decided to feature this project as well, which had a very positive impact, and organic traffic and positive reviews came in steadily.

So, we devised a new hypothesis: small-scale acquisition in order to maintain organic traffic ¬– at current volume, acquisition costs us approximately $30,000 monthly. The metrics saw a substantial boost and, throughout the project’s life cycle, the total amount of traffic and revenue has increased month to month as we’ve managed to bring in more and more users.

We wanted to move on to the large-scale acquisition, but the project was growing organically without any help. Every time we rolled out an update, we faced a choice — either lose in-app revenue and simplify gameplay elements to increase long-term retention, or leave it as is. But the idea of leaving a growing and profitable project and moving on until we achieve even better results fits well into our work process.

More importantly, this project allowed Diesel Puppet to become fully self-sufficient. Now, at the harvest stage, Hidden Journey brings in about $60,000 monthly, up from $10,000 a month.

Lohinau said: “The game is making money now, but it hasn't become a super hit. Hidden Journey is twice as good as Detective Story and still continues to grow a little, even though it was completed in three months."

Spoiler alert: this game is the little engine that could, although it's not the last on our list.

Hidden Objects was the first game designed in portrait mode — we chose to switch it up in the hopes of expanding the audience further. We also made the game linear by getting rid of booster upgrades, reducing the core gameplay to a viable minimum.

Detective Story had a wealth of mechanics: words, pictures, dark locations, and silhouettes among others. With Hidden Objects, we only kept pictures of the objects that players had to look for. And it worked.

Lohinau said: “The idea was to remove everything that got in the way — like the text component in its entirety, or the pictures that didn’t look exactly like the objects the players were supposed to find. We took familiar locations, removed all the complexity, established portrait mode, and reduced the number of objects from 30 to five.

“At first, I thought it was something very few people would want to play because it was boring. We’ve put it together in literally three weeks; I even drew the interface myself. But everything worked out in the end."

The very first tests showed a leap in metrics.

We tried adding locations, but it didn't really affect anything. Other adjustments include generating the levels in alternative ways, different timer settings, increases in difficulty, and so on. But the players were already completely satisfied with it. If a person likes the mechanics and doesn’t get distracted by anything, they will spend a lot of time in the game without ever noticing the small changes.

Now this is our biggest HOG project in terms of audience, and its CPI is much lower compared to other projects.

Generally speaking, the retention hasn’t changed much compared to our previous project, but short levels has meant ad revenue increased despite user activity stayed the same, and the audience has become much broader, and we were able to scale up significantly.

We’re still actively working on the game and increased the acquisition to $1 million a month, up from $50,000 a month.

The next game was Hidden Objects — Fantasy World, bringing with it a completely new visual style. Our theory was that a change in art style would expand the game’s broad audience even further and give us more opportunities to scale up. We came up with an original cartoonish style that was unlike anything we had in the previous games. Alas, this project’s story is unfortunately succinct — the theory didn’t deliver.

Most importantly, we realised that there’s going to be an age limit for the players in this genre no matter what we do. We needed to tailor our games specifically to the 35+ audience.

The game didn’t make much, but it paid off the development:

With numbers like these, there was no point in continuing to work on the project, so we moved on to the next one.

The goal was to make a casual game that makes money on in-app purchases, as IAP share wasn’t high in the previous projects. So we took a step back and made the levels a little more difficult — a balance between Hidden Journey and Hidden Objects.

We carefully added casual features: in addition to daily bonuses, this game’s Star Case fills in as players progress through levels and award extra bonuses. So we brought back varying mechanics — puzzles, memory games, and so on. But compared to the first instalment, the game has become easier to accommodate a broader audience.

We are still actively experimenting with Hidden Journey 2, and the game is still third in terms of profitability. In the earliest months, it brought in about $10,000 a month, and now has reached around $30,000. But we are confident it has every chance of beating Hidden Journey.

Finding the truth of it

Only good things happen when a publisher and studio work together in a single direction and grow within it from project to project. This way, developers can accumulate experience and improve their skills with each iteration until they succeed. In our experience, everyone we’ve been working with for more than a year succeeded in achieving their goals eventually.

Ultimately, four of the above games make money primarily on organic traffic and only one is doing well in user acquisition. Collectively, they perform no worse than a superhit.

Lohinau concluded: “We never forget about our HOGs — we’re still actively working on these projects, releasing updates, and getting ready to make a game with new hidden object mechanics. More importantly, we have more expertise than ever before, so I think it’s safe to say that the initial strategy paid off."