Toxicity in games: How to build a safe and supportive community for players 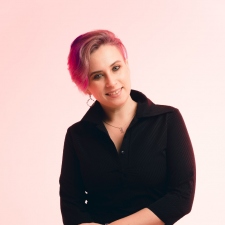 Toxicity exists around us in many forms, and players within games are battling toxicitymore than ever. In fact, in 2021 it was reported that 83% of people who play online multiplayer games had experienced some form of harassment. In the wrong community, the anonymity and faceless personas that many players hide behind can negatively encourage and drive them to engage in toxic behaviours with one another, which, in turn, can become the “expected norm.” These toxic communities continue to grow and spiral as developers, community managers and players allow and accept toxic behaviours such as discrimination, harassment and abuse.

Toxic Communities Can Cause Harm

Research has shown that toxic behaviour is contagious among players, and exposure to toxicity increases the likelihood of players committing toxic behaviour in future games. Dissociative anonymity can reveal personality traits that face-to-face interactions may hide, which can lead to actions in the world of mobile games that would never come to the surface in real life. This means behaviours such as belittling, bullying, and berating can occur regularly amongst communities, with no fear of repercussions. As these behaviours happen more frequently, the more they are accepted and normalised, which can lead to serious negative effects on players. Not only can communities encourage participation in deviant behaviours within games, and even real life - but players face the consequences of toxicity, including impacts on their mental health. These toxic behaviours can have lasting psychological effects on players, causing them to suffer both within their communities and beyond.

For game developers and community managers, knowing how to deal with negative behaviours and build a positive, happy community is vital. Creating a supportive community will not only build loyalty to a mobile game, it will also encourage others to join and participate.

Creating a Positive and Welcoming Community

Creating a positive and welcoming player environment is extremely important, both for the individual players and for those who manage mobile gaming communities. Non-toxic communities also exist, and by having a welcoming and friendly community, participants will often self-moderate - ensuring everyone treats one another with respect and making it easier to spot the harassing and degrading behaviour.

Recent data from Gameram - a social network for people who play games - shows that the types of games that users play can also have an impact on whether they are likely to engage in online behaviour harmful to others. For example, it was found that players who had partaken in casual games, simulators, dress-up games and sandbox games like Minecraft and Roblox, were most likely to behave in a friendly manner when communicating online with other members of their community. However, players who were involved in games with high competitiveness and violence, or in games where competitions are an important factor, often expressed negativity in their overall communication on the Gameram app. Depending on the audience of the game, this will have an effect on their behaviour in the community. This is why it is important for mobile games to build a safe and supportive community for their members to feel safe and guarded from toxicity, whilst being able to enjoy the freedom of expressing themselves.

2. Participants can also help to encourage a supportive community by practising mutual respect. Community members should remember they are speaking with real people, and be encouraged to respect and value what each other has to say, as well as be open to hearing and tolerating different opinions to their own. This does not mean that members need to have full solidarity, but they should have the ability to support an interesting discussion without turning to personal insults and conflict. Instead of partaking in arguments over differences, players should also focus on communicating about common interests and things they all enjoy, instead of fueling harassment.

3. Managers can also protect their communities from toxicity by introducing soft guidance rules, and encouraging members to agree to them. They can help create a friendly atmosphere in the community by leading by example, and sticking to the communication and soft guidance rules. This can teach community members the etiquette of communication on their channels, and help them to find common interests through various discussion points and even events. It must be noted that extreme measures of controlling communities, such as blocking an active member, is not the best way to approach managing toxic members, as this can mean management can be viewed as dictatorial and not open to discussion. With clear guidance and open discussion, these issues can be avoided.

These tactics can help to ensure that members and managers of mobile games communities feel that together they are part of a safe and supportive environment where they can freely express themselves with people who share the same passions. A welcoming community will feel inclusive, and open for all members to openly communicate with one another without the fear of harassment, discrimination and abuse.

Gameram prides itself on creating a welcoming space for fans of mobile games to share their passion and accomplishments with like-minded people. It knows what players love and it understands how games work, and wants to encourage users to make new friends, share experiences and discover new games. A community-driven approach helps players from around the globe connect with each other with shared interests in a socially respected space.

Together we can change the world of mobile games communities by building friendly and welcoming spaces that people feel comfortable in by instilling mutual respect and etiquette through games! By enforcing positive communities, this will encourage users to stay in the game much longer and will positively affect the loyalty of users.

Toxicity will exist as long as it is fueled. It isn’t only community managers that need to be aware of the harassment and discriminatory behaviours that go on in gaming communities but its members too, as there can be lasting negative effects these actions. By implementing these simple methods into their communities, members can feel a sense of security within a friendly and welcoming environment. Gameram promotes a welcoming environment for all members, with no tolerance of discriminatory behaviour - allowing all users to feel secure within their games groups and find their tribe within these communities.

Darya Steel is Chief Community Manager of Gameram, a social networking platform that connects all gamers together in a supportive and friendly community.