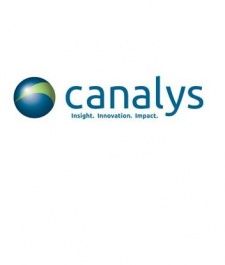 June 12th, 2012 - 04:47pm
By James Nouch, Staff Writer
A combination of app store complacency and a lack of innovation when it comes to discoverability means up to two thirds of apps fail to pass the 1,000 downloads mark in their first year, claims research firm Canalys.

As such, the company's latest report said the primary concern of most developers is an inability to get their apps noticed.

"We estimate that up to two-thirds of the apps in leading consumer app store catalogues receive fewer than 1,000 downloads in their first year, and a significant proportion of those get none at all," said senior analyst Tim Shepherd.

"Many high-quality apps never get the attention they deserve."

Indeed, a study of app store charts in the US over a 16 week period revealed almost half of all the titles in the top 100 paid lists were there thoughout the entire run.

In short, the elite apps are locking out the top positions, and platform holders are allowing the bulk of smaller studios to fall behind.

And what are the consequences for app store providers if they fail to heed this advice?

"The poor quality of tools threatens app store providers' control of the discovery process. Consumers appreciate the convenience app stores provide, but they are willing to look further afield to find what they need.

"If enough frustrated developers turn first to third-party independent stores and discovery portals, such as GetJar, Amazon's App Store or Facebook's new App Center, consumers could be encouraged away from the native app store clients on their devices."

Canalys argues that, even if an external portal sends traffic back to the native store to start a download or complete the purchase, "the damage has been done."

"The store provider has lost consumer engagement, trust, and opportunities to up-sell and cross-sell."

Reply
Keith Andrew
Ultimately, it's damn hard to ask a developer if their game is crap or not. :)
Posted 9 years, 11 months ago

Reply
Nicholas Lovell
There is the possibility that many of these games are not as good as the developers think they are.

One of the big changes in the world from app stores is that the curation of quality content happens *after* release, not before (by publishers/console manufacturers).

I think this is great, but the result is that some games which are rubbish will be released.

I totally support the need for better discoverability. But I suspect that many apps will always struggle, because they are not very good.
Posted 9 years, 11 months ago