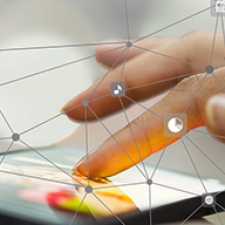 As Apple prepares to reveal its iPhone 6, a device rumoured to be the company's first 'phablet', analytics firm Flurry has found that phablet handsets have almost quadrupled their share of app activity in the past 12 months.

Research data shows that manufacturers have released more phablets in the past year, which now represent 10 percent of all devices tracked by Flurry.

Despite a 2 percent drop in market share since 2013, medium sized handsets are still dominant and currently holding a 67 percent share of the market.

Flurry's research has also found that 6 percent of all mobile users are now using a phablet: growth that reportedly comes at the expense of small and medium sized phones.

However, after examining the most popular categories of apps, Flurry found that there isn't one category that appeals more to phablet users.

Instead, phablet users behave a lot like average consumers, spending most of their time on gaming and social entertainment apps.

According to Flurry, social influencers, entertainment enthusiasts, and bookworms are more likely to splash out on a phablet, with the firm suggesting consumers living in a media-driven age are clearly hungry for bigger screens.

"Our data affirms what Samsung and other Android manufacturers have known for some time: Consumers are hungry for bigger screens," read a Flurry statement.

"For the last six years, smartphones and tablets have been replacing everything from TVs to magazines to PCs to books as the primary way people consume information and media.

"As mobile screens becomes even more integral to our daily habits, it makes sense that people want more room to roam. We’ll be watching tomorrow to see if Apple agrees."

Chart of the Week: Women more likely to invest time and money in mobile gaming

Flurry says the number of mobile game sessions declined in 2015