Capnamic and Iris cash in 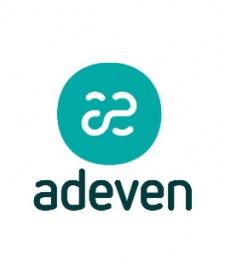 It was lead by Capnamic Ventures, Iris Capital and its original investor Target Partners.

The Berlin-based company will now focus on building out its enterprise intelligence solution for mobile apps.

Founded in 2012, adeven has integrated over 60 mobile advertising networks and publishers into its platform.

It tracked over 80 million daily active users and 500 million sessions in May 2013, and $20 million of IAP revenue between January to June 2013.

Next up it expects to launch a self sign-up version of adjust.io and a holistic business intelligence solution for app tracking and management.

"We believe we're perfectly positioned to be at the forefront of the mobile industry's huge growth and are looking forward to taking the work we've been doing to a new level of sophistication across the globe," said CEO Christian Henschel.

"We were very impressed by the growth of adeven in its first year and the way the company has established itself as a market leader in Germany and a major European player," added Jörg Binnenbrücker, Capnamic's MD.

"We are looking forward to helping Christian and the team reach the ambitious goals they have set."