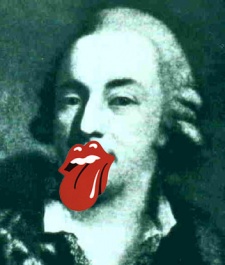 So this is the week diary of a promiscuous gamer, who this week is trying (unsuccessfully it appears) to start the New Year with a clear out of his iPad.

1. Clash of Clans (Supercell)
Not even a Telsa tower was built this week.

2. Samurai Siege (Space Ape)
I was preparing to uninstall Samurai Siege, but it updated twice cleverly adding the option to change and level up the weapons in your defensive towers so it remains for another week.

4. Fast & Furious 6: The Game (Kabam)
Did a couple of daily challenges.

6. Galaxy Factions (Coco)
Will either spend money next week or uninstall it, even though it looks so lovely.

7. CSR Classics (NaturalMotion)
Did a couple of daily challenges.

8. Epic Empire (Pocket Gems)
After all my moaning I've been impressed this week because Pocket Gems has updated Epic Empire adding a lower cost way of getting items from the Blacksmith, with a new currency that you get from enemy drops and multiplayer.

9. Clumsy Ninja (NaturalMotion)
I'm still yet to be convinced by the gamification layer around him, but the Clumsy Ninja is a lovely character.

10. Dark District (Kabam)
I re-arranged all my walls, although for some reason, this game is the least generous I've ever played in terms of the number of walls it gives you.

11. Heroes of Dragon Age (EA)
Had a real push this week on Heroes of Dragon Age. I saved up my soft currency until I could buy five Uncommon characters to consume simultaneously as apparently this provides an additional level up boost. To be honest, didn't seem much difference.

So then spend some money ($3.99) to get gems to buy another Rare character. Again, pretty disappointing results. As with so many of these games, the mid-game grinding is very dull. Will give it one more week.

13. Adventure Town (Supersolid)
Starting to play this on a daily basis. Lots to do.

14. Colossatron (Halfbrick)
This is an interesting experiment in making an action game you don't really control. Not sure there's enough in the hybridisation to really grab me, though.

16. Snoopy's Candy Town (Beeline)
Other than the fact I'm tracking some internal metrics, I would have uninstalled this. Nicely presented, but there's no progression. You just do the same things over and over again.

18. Brave Frontier (gumi)
Not played yet.

Installed #1 Eternity Warriors 3 (Glu Mobile)
By far the best game in the series. Good graphics and what looks like a reasonable meshing of action hack-and-slash with F2P-focused RPG elements.

Uninstalled #1 Team Monster (Mobage)
Perhaps a victim of just too many games on my iPad, but Team Monster didn't progress very quickly, especially in terms of levelling up and fusing your creatures. It needs to be more like a card-battler in that respect. Nice art style though.

Uninstalled #2 Friendly Fire (Red Robot)
I've come to the end of my time with Friendly Fire, not because it's not a good game. I like the way location is integrated into the game and base-building and there are some interesting monetisation techniques being used here; notably the ability to defend your base with your own troops. That said. I find the Attack! part of the game to be overly confusing and the matchmaking to be suspect, so it's time to free up some space for a new game.

Uninstalled #3 Battle Command! (Spacetime Studios)
Despite my recent wall-building, I never really got into Battle Command!. I never joined an Alliance, and in general found the experience too generic in a 'Clash of Clones' manner.

Uninstalled #4 Sensei Wars (2K Games)
Some elements of Sensei Wars are great - notably the 3D graphics and camera. I'm not a great fan of the art style, however, while like so many games in the genre, the gameplay is a generic Clash of Clones, albeit with a hero sensei character whose fighting style you level up in a RPG-lite manner.

Uninstalled #4 Runes of War (Kabam)
Just too web game-y and Asian for my tastes.

Uninstalled #5 Kingdom Clash (Storm8)
After praising the game for the way it integrated cross promotion into the narrative flow, got very annoyed by the fact it does it every single time you launch the game. Much too much. Gameplay is also fairly generic.