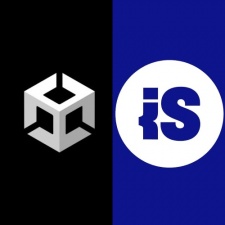 Unity’s merger with ironSource has been one of the biggest stories of the year, and one which caused a stir throughout the whole industry.

The story began in July, when the two companies announced their intention to merge. The deal would essentially make ironSource the monetisation platform of choice for the estimated 70 percent of mobile game developers utilising Unity’s technology, significantly boosting its profile - and at $4.4 billion, this would be one of the biggest acquisitions of 2022.

Had the story ended there, it would have been a standard merger, however things soon took a turn when AppLovin entered the fray with an offer to acquire Unity for $17.5 billion on August 10.

Under the proposed deal, Unity CEO John Riccitiello would assume the role of CEO of the now combined entity, while AppLovin CEO Adam Foroughi assumed the role of COO. Unity shareholders would receive 55 percent of the outstanding shares, for approximately 49 percent of the voting rights.

The condition of the merger was the abandonment of the existing deal with competitor ironSource, in what was seen by many industry experts as an attempt to maintain its own competitiveness in the market, while some stated that Unity would be wise to seriously consider AppLovin’s offer.

If Unity did consider the offer, it wasn’t for long - just five days later, the company declined AppLovin’s proposition and reaffirmed its commitment to the deal with ironSource.

However, this wasn’t quite the end of the story, as several insiders stated that AppLovin was in a position to up its offer if it decided that Unity was a must-have. The industry waited with bated breath, however AppLovin eventually decided against increasing its bid, allowing the merger to continue unimpeded. The merger was finalised in November.

AppLovin’s intervention turned what was due to be a standard merger (albeit a sizable one) into one of the biggest evolving stories of the year. The mobile industry represents billions of dollars of investment and revenue, and a certain level of competition is to be expected. As the most popular development platform on mobile devices, AppLovin were perhaps right to be wary of its own competitiveness following the news, but its attempts to scupper the deal have only raised its profile.

Want more BIG stories from 2022? Get the full lowdown on the rise of mobile's new nations through 2022 here.