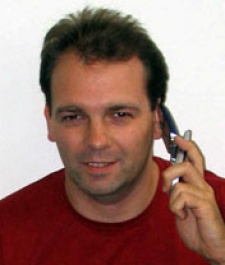 June 9th, 2009 - 08:18am
By Stuart Dredge, Contributing Editor
Distinctive Developments MD Nigel Little is looking forward to getting to grips with the gaming power of Apple's new iPhone 3G S, and some of its new features.

"I'm very happy that we'll have a mainstream OpenGL ES 2.0 device," he says. "Graphics will take a big leap forward both in quality and framerate. The compass is also interesting and should enable more augmented reality games."

However, Little is disappointed that Apple didn't announce any changes to the way the App Store works at the same time as revealing the new handset.

"I would have liked to see changes to iTunes to ensure the cream rises to the top," he says. "Changes would help more developers invest more in their games, but without these changes then developers will continue to throw stuff at the wall and see what sticks."

How will developers like Distinctive approach the new two-tier iPhone ecosystem, with the existing 2G and 3G models complemented by the more powerful 3G S?

"This is a big unknown as Apple haven't yet said how apps will be separated in the App Store," he says. "I expect that the bigger developers will start to make two separate versions, especially if you want to take advantage of OpenGL ES 2.0."

"Those of us from mobile development won't see this as a major issue since two devices is still better than 500 or more..."