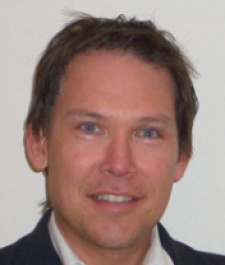 August 3rd, 2009 - 03:30pm
By Stuart Dredge, Contributing Editor
By rights, Tony Pearce should be halfway round the world on a luxury cruise, perusing speedboat catalogues. After all, he sold his company Player X to mobile entertainment firm Zed in May 2009.

However, Pearce remains in situ in London, and says now the dust has settled, hes focused on the new role Player X is fulfilling within the Zed group, and how both companies can capitalise on the current state of affairs in the mobile content industry.

Until recently, Zeds energies were focused on its own direct to consumer services like Club Zed, but in the past year the emphasis has shifted towards distributing games and content through operators. Hence the acquisition.

Where Player X fits in is the ability to sell Zeds content and our own content into carriers globally, says Pearce. D2C still is a big market, but carrier distribution is extremely important, and thats something Zed wasn't very strong in. Its why it acquired us.

The immediate benefit for Zed is Player Xs ability to get its games onto operator decks around the world. However, the big plan is more focused on becoming what Pearce describes as a master service content provider for more operators, building on its work with O2 in the UK.

Zed is engineering a new all-singing all-dancing platform, and Player X is an expert in retailing and servicing operators, including bringing content from content providers around the world and managing the deck, he says. Put the two together, and we have a complete solution.

In other words, Zed and Player X intend to be in the running for contracts as more operators outsource their games portals in the coming months.

From games to apps

However, it goes beyond games. Player X is already the exclusive aggregator for mobile apps for Orange UK, although its not managing the operators app store itself. It will be doing the same for O2 from September 2009.

We are focusing on aggregating applications, anything that's not a game, says Pearce. From clocks to lightsabres to diaries. These apps can be made by one man in a shed and uploaded to iPhones App Store, so our job is to hunt down good apps and sign them up exclusively for other platforms.

Talking of iPhone Zed has already released several games on the App Store, including Bubble Boom, Carnival Hammer and NBA Spin. Pearce hopes there could be a role here for Player X in its aggregator guise too.

From games, to apps to App Store?

Were trying to work with Apple to become a strong provider of quality content, and almost have our own area within their store, so that people recognise a Player X or a Zed area, he says.

Will Apple really go for that?

The company has been happy to open its doors wide and ensure developers dont need an aggregator to get onto the App Store, so such a partnership doesnt seem a obvious move.

It's interested because I think theres a point where you do have to filter, says Pearce. If people start going towards an area which is known for something But were not doing that yet.

Clearly the operators will be the more obvious market for Zed and Player X to target, and Pearce is confident there's business to be won.

Were talking to every Tier 1 operator in Europe about managing their service, he says.

Some are much further ahead in their thinking but theyre all looking at outsourcing being the most cost effective way forward. And dont forget, we can also talk to handset manufacturers and run their decks for them. Its about managing the retail experience.