With half its Android revenues coming outside the official Market, HeroCraft has high hopes for Amazon's Appstore 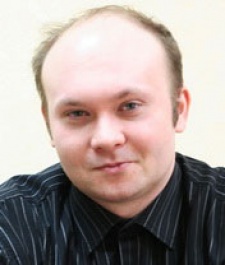 Interestingly, these range from paid titles such as Majesty, which is cheaper, if marginally, via Amazon than the official Android Market, to free versions of its games.

We hooked up with sales and marketing director Alexey Sazonov to get his take on the situation.

PocketGamer: Why do you think the Amazon Appstore is important?

Alexey Sazonov: We see this as yet another step up for Google: increased competition and a sizeable new investment in the future of Android.

This term in the contract is a formality. I have no doubts that Amazon representatives would want to work closely with us on promotions and price changes.

What features do you hope Amazon will add to its appstore in future?

Also having more billing options for end-users would make sense if Amazon wants to reach territories in which it doesn't currently have a large presence with its online store.

Android's market ecosystem is diverse, and for us that trumps Apple's 'central planning system'. Herocraft already makes over half of its Android revenues on third party marketplaces outside of the official Android Market.

Thanks to Alexey for his time.