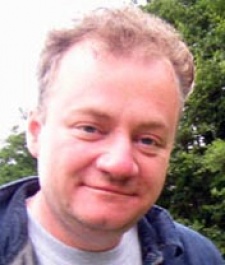 November 3rd, 2011 - 08:27am
By Keith Andrew
As editors and bloggers the world over rushed to pick apart Apple's iPhone 4S unveiling  if you missed it, their main bone of contention was that it wasn't iPhone 5  developers like Glenn Corpes were instead breathing a sigh of relief.

As Corpes suggested shortly after iPhone 4S was revealed, Apple's latest handset was actually rather something momentous.

Yes, the 4S resembles its predecessor almost exactly on the outside, but on the inside, it represents a far greater leap than the one made between 3G and 3GS.

We decided to catch up with Glenn to probe him further on why Apple didn't need to launch iPhone 5 to get him excited.

Pocket Gamer: What was your reaction as a developer when Apple unveiled iPhone 4S?

Glenn Corpes: Initial disappointment, as I'd been lusting after the bigger screens of friends' Android phones, but then impressed that it seemed it would have the power of iPad 2.

Is it your view the A5-equipped iPad 2 essentially laid the groundwork for iPhone 4S from a development perspective?

Talking purely from the perspective of a graphics programmer, iPad 2 is a very cool device, effectively half as powerful as current gen consoles, whereas the original iPad  and iPhone 4  were equivalent to 10 year old PCs.

In fact, the A4 devices were pretty irritating - all that lovely shader potential, but chips so crappy you could barely do anything interesting with them. They were just too slow at processing the actual pixels.

The retina screen was a particular pain in the arse. iPhone 4 owners quickly understood what 'retina' meant and weren't interested in anything that didn't use all 600,000 or more dots. Some of the cool shaders we're seeing in games like Infinity Blade 2 would almost certainly work at the lower resolution, but how could you release a game like that?

I know of at least one game on iPad 2 with enhanced shaders that work fine on 3GS. The developer considered giving iPhone 4 and original iPad users the option to run in lower resolution with these 'A5' shaders, but decided against it - quite rightly, in my opinion, as you really don't want to confuse people or, worse, remind them that their device isn't the greatest.

Imagine the user reviews. 'Should be able 2 hav kewl graphics and retina: 1 star.'

Infinity Blade 2 was essentially billed by Apple as the first release built with 4S in mind. How do you see games progressing as a result of 4S's hardware?

I still have difficulty believing that Infinity Blade 2 on 4S is anything other than the iPad 2 version. After all, the original Infinity Blade was one of the first games with iPad 2 enhancements - I seem to recall a patch as iPad 2 was released - and it's written in the Unreal Engine.

I suspect it's almost just a case of dragging in another shader that had previously only been useful on current consoles and computers. Not that there is anything wrong with any of that, it's exactly why iPhone 4 to iPhone 4S is a bigger deal than 3G to 3GS was.

Exploiting the power of 3GS required a huge rewrite of your graphic engine and often learning a new language - GLSL. Some of the speed up of 4S can be exploited up by selecting better shaders - if you are using something like Unreal or Unity - or writing longer shaders yourself, something that's actually fun for those of us rolling our own engines.

Yet more spare power can be soaked up by enabling MSAA and or adding post processing effects, basically things that were irrelevant on A4 devices.

How about iOS 5? What kind of features most interest you as a developer?

To be honest I haven't thought about it too much. I've always been kind of graphics focused, which is why all I've said about 4S so far has been about the A5 chip.

The other aspect of iOS i've been focused on recently is the incredible multitouch capabilities, but Apple nailed that on the first iPhone so not much to say.

I guess we'll see some interesting stuff done with turn based gaming though Game Center. iCloud will also presumably make it more fun to play a game on your phone and iPad at the same time.

I imagine the new notifications will be fully exploited by those developing cynically designed money sucking 'free' games.

How does the competition stack up?

For a while there it seemed like Tegra 2 was going to be the best mobile graphic chip, which I wasn't really looking forward to. We're making Topia as cross platform as we can and I wasn't relishing having to work on the premium features on Android.

I was pretty amazed when, with iPad 2, PowerVR - a company that was something of a joke back in the early days of PC 3D - kicked Nvidia's arse, as it's been dominating 3D hardware for most of the last ten years.

I guess mobile hardware is different and the benchmarks may tell a different story with Tegra 3 - it'll be interesting to watch.

The situation is interesting though, because the real question isn't 'is there an Android phone faster than A5?', because developers aren't going to be dropping iPhone 4 or the original iPad any time soon.

Rather, the more relevant question is 'which Android devices are at least as fast as A4?', and it seems a lot of them are.

Kindle Fire, for example, should prove to be way faster than iPad 1, and for only $199 at that. Anyone working on a 3D game should really be at least thinking about what they can port to.

It's not like portability introduces any 'lowest common denominator' compromises. Apple saw to that last year when it stuck a high resolution display and an A4 chip in the same box.

What's next for yourself on mobile?

Finishing Topia and then one of the games in the pile of ideas that have come up while working on it. Preferably one of the quicker ones.
Thanks to Glenn for his time.

You can find out more about Topia on iOS on Glenn's website.