Playing for a long term win 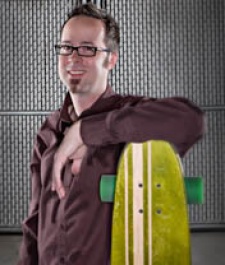 December 13th, 2011 - 01:31pm
By Keith Andrew
One of the main pitfalls of working on mobile is that, post Angry Birds, Doodle Jump and the like, developers can fall foul of inflated anticipation when it comes to the performance of their own titles.

A scan of PG.biz's pages is enough to suggest that, for the vast majority of studios, such expectations are never met.

But if the situation is competitive for many on Apple's platform, the number of studios having their hopes dashed is likely even higher on platforms with a smaller user base, such as Windows Phone.

Some still believe, however, there's value in being a notable player on such platforms, even if it doesn't lead to millions of downloads from day one.

Having set out with an intention to release more than 20 apps within its first year on Microsoft's OS, we thought it only right to check in with whurley, the co-founder and CTO of US mobile developer Chaotic Moon, to find out why - with Nokia on board - devs should look to win with the long game on Windows Phone.

Pocket Gamer: Mango brought with it an update to Windows Phone's Xbox Live hub and Marketplace. Do you think this will make any difference to a game's visibility?

whurley: I think it will. As I've said in the past, there's an obvious play here that takes advantage of the tremendous reach - and loyalty - that the Xbox has built over the last 10 years.

Eventually this type of integration will prove to be an advantage. I think Apple and others know this and that's why you saw things like Game Center released arguably prematurely.

Mango also adds multitasking to the platform, letting people close games without losing their progress. Was this a feature you'd been looking for?

Absolutely. In all honesty multitasking was something I personally looked for Windows Phone 7 to have right out of the gate. I'm glad it's finally arriving; better late than never.

Have you had to re-code any of your titles to take advantage of Mango?

We've had to do minimal work to update our titles for Mango. Overall it was one of the smoother platform experiences we've had.

In general, how are downloads performing for you to date, and what's your take on the platform's overall performance?

Our downloads so far have been in line with expectations. It's no secret that the platform is off to a slow start but we also anticipated this.

For Chaotic Moon, Windows Phone 7 has always been more of a long term play than a short term win.

What do you make of Nokia's first two devices - the Lumia 800 in particular? Will it change Windows Phone's standing in the market?

We like the Lumia 800 - there are actually several fans of it in the office.

In the long run, I think you will see the Nokia-Microsoft alliance produce very competitive products that will start winning customers away from other platforms; starting with BlackBerry and then moving on to Android.

It will be a while longer before they will be in a position to challenge Apple's dominance with iOS.

How do you think Mango compares to the likes of iOS 5 or Ice Cream Sandwich?

Simple. I love the Metro style guide. It's clean, fast, and just works. I think Mango is easily on par with iOS, but not demonstratively better.

As far as comparing it to Ice Cream Sandwich, I'll have to hold my opinion but if Google manages Ice Cream Sandwich as it has in the past then I'd probably prefer a Windows Phone Mango phone over an Android phone any day.

Hopefully this won't be the case.

Is there anything missing from Mango from a game development perspective?

I think Mango is part of a solid road map that will eventually get Microsoft back in the game. It's come a long way, but there's still a ways to go both in platform features and user acceptance.
Thanks to whurley for his time.

You can find out more about what Chaotic Moon gets up to via its website.