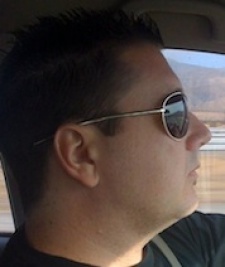 Apple banned it on iOS, while HTML5 is seen as the technology of the future. Even Adobe is stopping support for the mobile version.

That's not stopping the fourth annual Flash Gaming Summit, however. It argues Adobe's software is more vital than ever to gaming.

We talked to Flash Gaming Summit and Mochi Media marketing director Colin Cupp about what we can expect from this Sunday's summit, why indie developers love Flash, and how mobile has changed the Flash landscape.

Pocket Gamer: For those not familiar, what's the main goal of the Flash Gaming Summit?

Colin Cupp: We want to pull together the disparate Flash creative community from across the globe for one day. We want cohesion between Flash developers, toolmakers, and other stakeholders in one space.

It is our fourth year organising it and we have an advisory board that makes sure we cover pertinent topics.

We do a game survey every year, usually in the summer, asking folks what they are working on, and the tools they are working with. It's not just asking Flash developers, either, but Flash game portal owners, too.

This year, 83 percent of the Flash game developers were already developing mobile games or were interested in doing so in the next year.

There's a couple reasons. Mobile's a space where a lot of barriers to entry have gone down.

Also, mobile games often have Flash game mechanics. If you look at Angry Birds, it uses Flash-style game mechanics  it's not original at all.

So the summit's mobile focus is strictly from user feedback?

It really is the attendee feedback. Our audience is the same people that complete the survey.

83 percent are focused on mobile and 60 percent make their game for Flash first and then take them to mobile when they often have a hit on their hands.

They can let it go viral, tweak and optimise it on web, and then take it to mobile.

The general proliferation of mobile certainly plays a part in our event programming, too. Someone told me soon there will be more mobile devices than people; people see it is the easiest way to reach gamers. Also, Adobe has really improved AIR, so, again, the barriers are lowed.

How many attendees do you expect this year?

It sells out every year. The last couple of years we've had an audience of more than 500 .

It is called the Flash Gaming Summit, but have you considered putting HTML5 into the conversation?

It definitely is a thought and, once there are more examples of successful games, we'll look into that becoming a regular part of the Flash Gaming Summit.

We're certainly not against it. For example, have one panel this year called The End of the World As We Know It, which discusses HTML5.

We're excited about the potential, but some things need to be worked out to make it viable for our audience. It's still a few years away.

With the portable Flash gaming, have you seen developers focusing more on smartphones or on tablets?

Up to this point, the focus has been more on phones, but I think that's changing. Anecdotally, I know developers that launch on tablets, then move to phones, because they prefer the larger screen size.

Developers want to get their games on the devices as easily as possible, and the easiest route changes every couple of months.

With Android, all the screen sizes, manufacturers, and specs make it hard to optimise. For Apple, it is easy to optimise, but I hear that Apple is much more rigid with the acceptance process.

Still, I believe there will be other ways to get onto many mobile devices, even easier than today.

Thanks to Colin for his time.

The fourth annual Flash Gaming Summit is happening in San Francisco on 4 March. You can find out more details from the website.