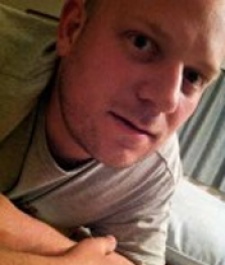 According 36peas founder Gareth Jenkins, who previously detailed his thoughts on iPad game design at Develop Liverpool, it's not just Apple that has a role in shaping the tablet's future  developers, too, can have a say.

"The sooner we move away from the relatively-under-performing iPad 1, the better," Jenkins told us, speculating about the future of the platform.

"Each new iteration of the iPad obviously does that, but there is other stuff on the horizon that could shake it all up, such as Apple TV."

What the market should be wary of, however, is Apple pushing the hardware too hard and too fast.

Jenkins' main concern is that iPad 3 could be ill-equipped to deal with any upgrade to its display.

"From a dev perspective, I'm hoping for at least same GPU throughput in iPad 3 - i.e. in relative terms, considering the likely new resolution," he continued.

"The chip will be what it'll be. As game devs we'll always be optimising to what's available."

There are areas other than hardware, too, where Apple could and should be making upgrades.

"Support for Apple's wireless file transfer system AirDrop for iPad and iOS - with full compatibility with OSX - would be great," continued Jenkins.

"I realise that's not really particularly iPad - or even hardware - related, but it'd make a big difference in the consumer, 'prosumer' and enterprise space in my opinion."

Nonetheless, whatever Apple unveils  Jenkins noting that the hardware itself is unlikely to make a big difference to gaming on iOS in the long run  iPad 3 will still easily edge out its rivals.

"I've got no view on competition at the minute, though I'm keeping a keen eye on the Kindle Fire," he concluded.

"Though very different as hardware, it stands the best commercial chance at the minute."
Thanks to Gareth for his time.

You can find out more about 36peas on the studio's website.

Concentrating on one device when developing across iPhone and iPad leads to better games, reckons 36peas' Gareth Jenkins