Gameloft: Microsoft's move away from C# reliance brought us back to Windows Phone

To put that in perspective, Gameloft has only released around eight games for Windows Phone to date, some of which haven't been updated since 2010.

So, given the company's patchy support for the platform in the past, we thought we'd find out exactly what sparked the company's renewed commitment to the Windows Phone ecosystem.

As such, we spoke Lennon Arcaro, account director for Gameloft, to find out why the French publisher is throwing its weight behind Windows Phone 8.

Pocket Gamer: Before now, Gameloft's support for the Windows Phone platform has been patchy. What sparked this renewed commitment to Microsoft's mobile OS?

Lennon Arcaro: It comes down to programming language. Using the C++ code in Windows Phone games was a big improvement over the previous generation's reliance on C#.

Not having to assume the cost of porting the code to C# eliminates a large barrier to portability between platforms. This change made Windows Phone 8 fresh again.

It's still too early to comment on the specific behaviours of Windows Phone 8 users. In general, mobile is mass market with many types of users each with their own preferences, regardless of ecosystem preferences.

For this reason, Gameloft has introduced a very balanced roadmap covering most of the key genres to meet any user's tastes.

Knowing we can rely on a consistent store and a consistent billing experience in 180+ markets worldwide allows for a unified approach to monetisation. Would you encourage mobile game developers to bring their titles to Windows Phone 8? Why?

If Windows Phone establishes itself as the third ecosystem with substantial market share, the development community as a whole can benefit.

Developer support will come down to the Store, the merchandising mechanics and promotional opportunities offered on Windows Phone.

If the forecasted Windows Phone market share is met and developers begin realising revenues in the Store proportionate to other ecosystems, support for the platform will grow organically.

Windows Phone 8 enables developers to implement Xbox features such as leaderboards and achievements. How useful is this to developers?

We would be remiss to speak of mobile gaming without talking social gaming networks and this is where the Xbox connectivity is most beneficial.

As an Xbox partner, we leverage Microsoft's established social community of gamers.

While this community is often associated with core console experiences, we've seen that those same users, once they are on the go, seek out connected mobile games such as mid-core and casual titles. 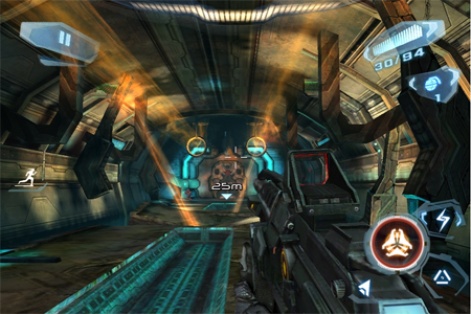 The Windows Phone roadmap we introduced has something for everyone.
Ice Age Village: a free-to-play simulation city builder. Fashion Icon for the stylistas of the world. Order and Chaos, the biggest MMORPG on mobile for the core gamer.

Social is paramount to Gameloft and we have decided to go social with Xbox for the Windows Phone ecosystem.

Has Gameloft committed to bring more titles to Windows Phone 8 in the future?

Native code permits our creativity to flow between platforms. A great example of this is our announcement of Modern Combat 4: Zero Hour, the gold standard of FPS gaming in mobile, coming to Windows Phone around the holidays.

There is plenty of work to be done to launch these 12 games before we will communicate on future plans.


Thanks to Lennon for his time.