Mobile can lead the charge for women in the games industry, says Swallowtail's Sophia George 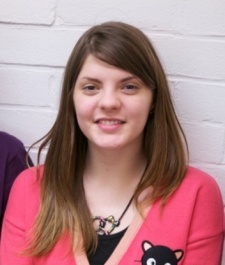 March 14th, 2013 - 05:00pm
By James Nouch, Staff Writer
In 2011, Swallowtail Games was one of three winners of the annual Dare to be Digital competition for student game makers.

The small team took home the prize for its family-friendly puzzler Tick Tock Toys, and in 2012, the group's work was recognised with a BAFTA 'ones to watch' award.

With the game now on the App Store - and industry experience amassed - Swallowtail co-founder Sophia George has since begun to call for more women in the games industry, arguing that games made by inclusive teams could encourage more women to pursue a career in the field.

To hear her take on the games industry's gender imbalance - and how it can be addressed - we caught up with Sophia George earlier this week.

Pocket Gamer: Women in Games Jobs CEO Gina Jackson recently wrote a piece for PocketGamer.biz in which she claimed that just six percent of the games industry is made up of women. What factors do you think are responsible for this imbalance?

Sophia George: The lack of women in the games industry is a complex issue, and I think that there are many factors playing a part.

First of all, young girls are not encouraged to use technology in school and at home. Computers have always been seen as a boy's hobby, despite the fact that everyone uses them today.

I am so inspired by women I see on the internet who use Kickstarter to fund their own short films, or sell their artwork online, run businesses and so on.

Young women are already using technology for their careers and creativity, so it seems off-putting that not many young women are engaging with game development.

I also feel that there is a lack of interesting games for young women today, in comparison to games for young boys. Most games made for young girls are made by middle-aged men, and as a result, we see stereotyped ideas of women's interests, such as ponies, babies and cooking.

I also think that the online games community can sometimes be hostile towards women, too, which paints a negative picture of the industry.

Websites like fatuglyorslutty.com illustrate the kinds of horrible experiences women have to face while gaming online.

How can this imbalance be addressed?

I feel that we need to come together as an industry to address this imbalance. For example, we could draw more attention to women developers through games journalism.

We are all aware of male games developers from all parts of the industry  Peter Molyneux, David Braben, Phil Fish  but we rarely hear from women.

Also, we as an industry should be critical of games that don't have strong female characters, or use sexist tropes and language.

Anita Sarkeesian's Tropes vs Women in Video Games videos are a great example of someone drawing attention to these sorts of problems that usually go overlooked.

Predictably, she received death threats and harassment from some gamers before the videos were even made.

Why does this gender imbalance in games development really matter?

I think that a lack of diversity in the games industry is a huge problem. We would experience more innovative and interesting games if we start to see more women developers, as there would be more fresh new ideas being created.

We would also see games that are more likely to cater to the tastes of a female audience, which should in turn encourage more women to pursue careers in the games industry.

Already we have seen women developers like Christine Love and Anna Anthropy make exciting and creative games. I would love to see more. 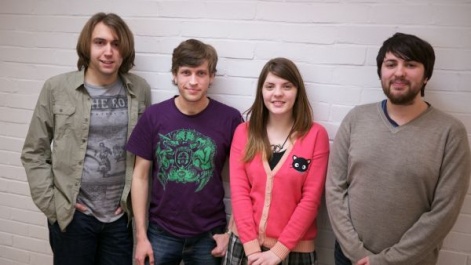 Mobile gaming has a broader audience that's more balanced in terms of age and gender than console play. What impact do you think this will have in terms of the industry workforce?

Due to the high percentage of mobile gamers that are women, I think we will start to see more women working in the mobile gaming space.

Hopefully this will result in more games that appeal to women by design rather than by accident, resulting in gameplay mechanics more interesting than the hidden object and match-three games that are so popular with female gamers.

However, as someone who plays a lot of console games, I would like to see more women in that space too, as console games are particularly stale at the moment, yet they can do so much in terms of the possible scope that they can achieve.

How will Swallowtail Games encourage the advancement of women in the industry?

I hope that my work as a company lead can inspire young women to get into the industry, or perhaps develop their own games as a hobby.

I don't think that a small company like mine can do much to solve all of the problems concerning women in the games industry alone, but hopefully if enough developers start taking these problems seriously we will slowly start to see shifting attitudes towards women in games.
Thanks to Sophia for her time.