Already on a new hiring spree 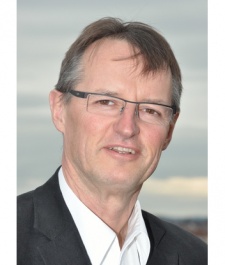 Doctoral degree in law. Foundation of Koch Media in 1994 with Franz Koch. Member of the board of the German Trade Association of Interactive Entertainment Software (BIU). Responsible for strategy, publishing, subsidiaries and supplier management.

Just before the end of last year, the Munich-based Koch Media announced the acquisition of Galaxy on Fire dev Fishlabs.

With the departure of former studio heads Michael Schade and Christian Lohr, Fishlabs is now operating under the banner of Koch Media's video game label, Deep Silver, and has been rebranded as Deep Silver FISHLABS.

There have been many questions surrounding the acquisition and what it entails for the studio responsible for Galaxy on Fire.

We caught up with Deep Silver and Koch Media CEO Dr. Klemens Kundratitz recently to see what we could expect from Deep Silver in the near future.

Pocket Gamer: Can you walk us through the acquisition of Fishlabs and how it will be integrated into Deep Silver?

Klemens Kundratitz: While Deep Silver has been an established and well-positioned player in console and PC gaming for years, mobile gaming is still relatively new to us.

However, this does not mean that we've not been well aware of the enormous potential of the mobile platform before. We've had plans of breaching into mobile for quite some time, but we didn't want to rush things through and knock this important step off too rashly.

So we've taken a fair amount of time to evaluate the market carefully and built up our network. And once the groundwork had been laid, we've finally taken the last step across the threshold with the acquisition of Fishlabs Entertainment in late 2013.

We believe Fishlabs to be an ideal match for us, because both Fishlabs and Deep Silver share a common appreciation of AAA production values on the one hand and a mutual believe in premium quality on the other.

For years, both companies have made a name for themselves as creators of first-class content aimed primarily at truly dedicated core gamers. Though we come from differing branches of the games industry, we display the same kind of work ethics, value the same kinds of priorities and ultimately go after the same goals.

Re-branded as Deep Silver FISHLABS, the studio will from now on be in charge of all of our endeavors on the mobile market.

For the time being, this primarily includes the development and expansion of existing and new Fishlabs IPs, but we're also quite intrigued by the idea of bringing a selected range of Deep Silver titles to smartphones and tablets as well.

When it comes to their daily operations and creative decisions, Deep Silver FISHLABS will continue to work as independently as possible. But they will, of course, also be supported by Deep Silver's pool of brands and publishing functions.

Following the departure of Michael Schade and Christian Lohr, Fishlabs has two new heads of studio Michael Krach and Marc Hehmeyer. What do they have in store for Fishlabs?

Going with Michael Krach and Marc Hehmeyer as new heads - of-studio seemed like a natural choice for us. I mean, why hire someone from the outside, when youve already got the perfect candidates on board?

Before he joined Fishlabs about a year ago, Michael had already filled key positions in two of the most renowned gaming companies out there, namely EA and Crytek. He lives and breathes games 24 hours a day and his knowledge of the industry is more than impressive.

Marc, on the other hand, has been with Fishlabs from the very beginning. He has experienced all ups and downs of the company firsthand and he knows the respective products and the platforms, on which they've been launched, better than the back of his hand.

They complement one another perfectly and they're also well-respected by the rest of the team.

Everyone at Fishlabs has done a tremendous job in the past and we're sure that the team will continue to do so with Michael and Marc as new heads-of-studio. But we're also hoping for new impulses and a breath of fresh air resulting from the new situation the studio is experiencing right now.

What is Deep Silver's overall vision for Fishlabs moving forward?

Right from the start, Deep Silver FISHLABS has been conceived as an integral, full-fledged part of the Deep Silver family.

As such, we've put the studio in charge of all of Deep Silver's current and upcoming dealings and ventures on iOS, Android and WP8.

Together, we will work hard on the assembly of a world-class portfolio of high-quality core games on smartphones and tablets, all of which will hopefully set new benchmarks in terms of depth, production value and overall quality.

With the financial and strategic back-up of an established premium games publisher, Deep Silver FISHLABS is now more determined than ever to take the mobile market by storm. Of course, the goals were aiming at and the visions we're pursuing are nothing that can be achieved over night, but were ready to meet the challenge and were confident that this demanding yet all the more exciting venture will begin to bear fruit very soon.

Whats in store for Galaxy on Fire?

Galaxy on Fire 2 HD is the game that originally brought Fishlabs to our attention. We're huge fans of the IP and we will definitely continue its legacy as millions of fans all over the world would expect us to do.

Consequently, Deep Silver FISHLABS will have one team working full-time on the maintenance, optimization and expansion of the GOF series' first multiplayer strategy spin-off Galaxy on Fire - Alliances, while another team will be busy with the development of the next open space shooter set in the GOF universe. If youd like to find out more about it, stay tuned.

Can we expect any of Deep Silver's IPs to find their way to mobile as a result of this acquisition?

That's certainly something that would make sense and that we're evaluating at the moment.

However, it's still a bit too early to go into detail about it. As soon as anything's ripe for decision, you guys will be among the first to know.

Are there any plans in place for the development of the Hamburg-based studio and recruiting?

Right now, we're looking for more than a dozen new colleagues for the Deep Silver FISHLABS team and that's just the beginning. During last year's insolvency proceedings, the studio had to deal with a lot of set-backs, including the lay-off of about a quarter of their staff. But now that everything's sorted out again, we're eager to fill those holes ASAP and provide room for current projects and new ventures alike.

As for the location of Hamburg, Deep Silver will not only keep and maintain it in the future, but even grow it to new heights. However, as a result of our expansion, the current office will soon become too small for the Deep Silver FISHLABS team.

Therefore, we'll either rent another floor in the building the studio is currently located in or we'll move into a different building in the centre of the city.

As with a lot of other things, nothing's set in stone yet, but we've definitely got exciting times ahead of us and we're eager to tackle them with full vigor, dedication and commitment.

Thanks to Dr. Klemens Kundratitz for his time.