Jobs in Games: CoolGames' Ard Bonewald on getting a job as a Head of Studio

An insight in how to bag that career 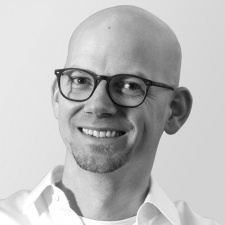 This time, the spotlight is on Ard Bonewald, Head of Studio at HTML5 games developer CoolGames.

PocketGamer.biz: Tell us a little bit about your current role and what it entails.

Ard Bonewald: As the Head of Studio of CoolGames, I’m part of the management team and look at the more strategic plans and opportunities for the studio. But for most of the day I take care of all the games that are being created in-house. This means it’s my job to make sure everybody in the team can focus on their work, making it possible for them to do the best job they can.

This is sometimes hard as we have to balance focusing on finishing a game and picking up great, new, exciting opportunities, and balancing creativity with the business and monetisation side.

Making those decisions, and keeping the team in a good place while still trying to deliver great games on time, is always a nice challenge. But the environment is a lot of fun.

I’m part of the management team and look at the more strategic plans and opportunities for the studio.

We have a nice multinational team who often bring all their local sweets to work. We organise board game nights and parties throughout the year and we enjoy cruising the Amsterdam canals in summer. Although we have grown to around 70 colleagues at CoolGames, we still try to keep the start-up mentality to just get things done with little need to crunch.

I started out as a gamer just playing lots of games and sometimes modding them a bit. Back then there were no schools where you could learn to be a game developer.

Then I started on this new course call Interaction Design at the HKU in the Netherlands, but really I just tried to make each school project into a game. I finally got a Master of Arts degree at Portsmouth University and started freelancing, doing a bit of design and scripting myself.

Quickly thereafter I was able to start a job as a full time game designer working on PC and console games at Davilex, one of the first gaming companies in the Netherlands. I thought this was my ticket into making the cool shooters, RPGs and adventure games that I loved playing myself. I learned a lot and it was a great time.

After Davilex I went over to Playlogic doing more handheld and console design work. I got to work on game projects that had the ambition of being triple-A racers, shooters and RPGs. Sadly, though, very little came of it and I learned how to deal with work/life balance, canceled projects and needed to deal with much more crunch time than I liked.

I switched to GameHouse (called Zylom at the time) as a Producer of casual games. Up until then I really didn’t play a lot of casual games and I was introduced to a whole new world within game development. Projects were shorter, six to nine months max, teams were smaller and everybody could really have an impact.

The themes of the games were much more cheerful and happy than some of the more agressive and darker games from my past. I eventually became the Director of Studio and learned more about managing game teams and roadmaps.

After a few years however, I quit my job and started my own company called Tingly Games from scratch, together with Mark Overmars. We started out making Greeting games - a combination of an E-card and a game - based on HTML5. Users loved it but financially it was not a success. We quickly switched back to what we knew: making casual games.

From that moment we wanted to grow our company further and found a perfect partner in HTML5 games publisher CoolGames, which was called BoosterMedia at the time.

So we merged in early 2016 and I started as Head of Studio to lead the team in creating triple-A casual games.

Seek out the people that critique you and put yourself out there. You will only get better by playing a better opponent.

We are now fully focussing on games development for social messaging platforms like Facebook Messenger. We develop our own IP but also work with some very famous brands: three big titles will be released soon.

Every day is fun and full of challenges. Sometimes we have to stop and give ourselves time to reflect on how great the projects that we get to work on really are.

No, definitely not at the beginning. I really started out as a game designer who thought he had all the answers, wanting to make the next great RPG or adventure.

Throughout the years, I guess like most people, you learn how much there is still to learn and accept the fact that there are things you will never be able to control.

I really love the place I’m working at now: we have fun, a great team with amazing games to work on and I have come to love the fact that we don’t really know what the next six months will bring.

Another thing I never imagined doing was bringing iconic games like Snake or Arkanoid, the games we all used to play as kids, to a brand new platform like Instant Games on Facebook Messenger. The process of being part of something big, together with great partners such as Nokia and Taito, is a great feeling.

What did you study that helped you get your a job in games? What courses would you advise for aspiring professionals in this area?

I studied Interaction Design, which was new at the time but still had quite a few classical classes. So I really appreciate those candidates that have a more ‘classical’ background: learning to draw before you pickup photoshop, learn about psychology and ergonomics before designing and learn programming, before jumping into a game making tool.

Game developers should be able to ask themselves “Why?”. Have basic skills to fall back on. I see too many young professionals that have been taught a trick. One they sometimes can do very well, but it doesn’t always bring out the best of them.

I didn’t have a good overview of all the different games types there were. I’d never heard of serious games or casual games. If I had known that making casual games was that much fun I would have switched earlier.

Think about what you want to do and how to get there. It’s very unlikely that you will land your job as Art Director or Lead Programmer out of nowhere, or that you get to only do your own thing.

Talk to some of the developers out there and pick a place that inspires you and allows you to learn from the people around you. Try to be humble and seek self improvement. I didn’t see it then, but I now know that I have learned the most valuable lessons from the times, and the people, that were hardest on me.

So seek out the people that critique you and put yourself out there. You will only get better by playing a better opponent.