Greystripe CEO talks growth, virtual pets and why Americans play the most 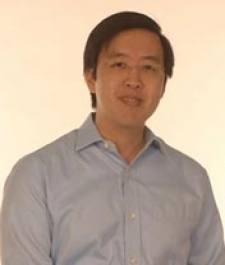 June 10th, 2008 - 02:00pm
By Stuart Dredge, Contributing Editor
Publishers are making money today from giving their mobile games away for free, or so says Greystripe CEO Michael Chang. What's more, he's got some ballpark figures to prove it, based on the company's ad-funded game services.

"Good titles in our channel can make up to thousands of dollars per month," he says. "For some publishers with a number of good titles, this can add up."

So which games are making the most money through ad-funded channels? Well, it's not the big brands that dominate the mobile operator decks.

"Some expensive licensed titles do not do well, whereas some super-fun puzzle games do extremely well," says Chang. "Virtual pets, which would never get deck placement on a carrier deck or a D2C subscription-based deck, have the highest game play per download  over twice as much in some cases."

That's interesting, although presumably it's down to the fact that virtual pet games more than any other genre (apart from brain training perhaps) are entirely designed around daily play  which fits neatly into the business model of advertising.

"The industry has to get accustomed to the idea that you get paid per play, not per download," says Chang, pointing out that this also means the most successful games are the most fun. He also says that Greystripe is seeing US gamers play 80 per cent more per download than European gamers, which is an interesting metric.

The last year has seen Greystripe expand the distribution of its catalogue way beyond its own GameJump portal. The company has signed up 40 partners through which it distributes games on a white-label basis, while building relationships with pretty much every publisher outside the big three (EA Mobile, Gameloft and Glu).

"We have seen incredible interest from a wide variety of distribution partners, which has been our growth strategy for the last year," says Chang.

"The big ones that we have signed recently are handset manufacturers and MVNOs. We will continue to push distribution through mobile touch points, but we also predict massive growth from online catalogue partners, and we will be announcing a number of these partners shortly."

"We are able to provide real brand lift and intention-to-purchase end user survey results," he says. "We are very open with these results, because this is the data that the advertisers and agencies have been asking for."

Why hasn't Greystripe signed the big three publishers up yet? All have been notably cautious about ad-funded distribution in general, preferring to stick with traditional pay-per-download and subscription models so far.

Chang puts a brave face on their continued holdout status, pointing out that while Greystripe is keen to work with as many partners as possible, size isn't the be-all and end-all.

"Of course, we always want more high quality content because our number one priority is to make our end users happy, but the end user doesn't care about the size or market share of the publishers  it all comes down to the content," he says.