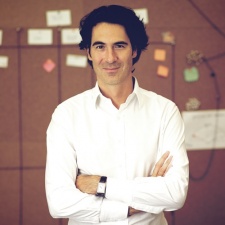 The video games industry may be a creative one, but it’s a vehicle fuelled through funding. Every creative venture requires some backing, be it an individual game project or a company looking to upscale.

The murky waters of investment are, however, uncharted territory for many developers. We're looking to bring creators and investors together at Pocket Gamer Connects London (January 21st to 22nd) through our side-event Investor Connector.

With said event a mere month away, we reached out to Atomico venture partner Alexis Bonte to garner some insight into what investors look for in games studios and how developers can maximise their chances in a competitive market.

PocketGamer.Biz: Can you tell us a bit about Atomico and what your role entails?

Alexis Bonte: Atomico is a VC firm based in London with $765 million under management. We invest in series A and beyond and deploy usually $5 to 20 million per company with a primary focus on European start-ups.

We like to say that the founders are the real game changers that are building businesses that rewire the world for the better. We have a strong history of investing in the games industry and have invested in companies such as Rovio, Supercell and more recently Bossa Studios, Teatime and OhBiBi.

I'm a venture partner at Atomico, focusing mainly on Game, Travel, Proptech and positive purpose driven investments. This is a role that I combine with that of CEO of the games studio eRepublik Labs that is part of the Stillfront Group.

This mix of a founder, operator and investor experience gives me a 360 view of the games market and allows me not just to find new investments but also to help our portfolio companies scale (I'm on the board of Bossa Studios and OhBiBi).

I also try as much as possible to help the eco-system and game founders even when we do not invest either by referring them to the right kind of investor for their company or providing candid feedback.

From an investor standpoint, What are your thoughts on the industry in the last 12 months?

Other than the fact that it was the year of the battle royale with Fortnite and PUBG taking the industry by storm in the first half of the year, this was also a year of growth, in particular for the mobile games industry and consolidation.

Mobile games are now firmly the largest category with $63.2 billion and 12.8 per cent growth year-on-year, according to Newzoo.

Also, if you look at Europe, the games industry is a real unicorn factory with companies such as Supercell, King, Paradox and Rovio all achieving billion-dollar or more exits.

The games industry is a real unicorn factory with companies such as Supercell, King, Paradox and Rovio all achieving billion-dollar or more exits.

This means that it is an industry that investors should not ignore. Yet there are still very few VCs that truly understand the games industry and invest in it in a meaningful way. It is an interesting disconnect.

The second half of the year has been marked by a bit of a cool down in particular markets as we saw many quoted games companies get severe corrections that went much further than the general stock market correction.

As a result, games companies are still very much undervalued compared to other tech investments regarding PE multiples.

This is in spite of the fact that they often are more profitable and achieve similar levels for growth. All of that tells me that the games industry, although booming, is still very much misunderstood by investors.

I believe that with the lower valuations and rising marketing costs we are going to see continued consolidation in the industry.

We will also see more innovation in mobile games, in particular around augmented reality. I had a great panel at Slush with Ross Finman of Niantic Labs and Thor Frioriksson of Teatime Games. And whilst I am not a big believer in consumer VR in the short-term and had my doubts on AR until recently, I think more mass-market appeal AR applications and games are going to be launched in 2018.

This means more interesting opportunities for investors in the AR field. It will also be interesting to see what happens to games distribution in PC and mobile with the appearance of new stores such as the Epic store.

Finally, I expect esports will continue to grow in size and importance and more and more mobile games to surf that wave and try to become a fully accepted esports game.

Supercell is clearly gunning in that direction first with Clash Royale, and now with Brawl Stars, and new challengers will emerge.

What are investors looking for in games developers and/ or games right now?

I will do a full session on this at Pocket Gamer Connects London, so I invite you to come to that.

With my Atomico colleagues Mattias Ljungman and Stephen Thorne, we also write extensively about this (you can find our latest post here).

Still, if I had to summarise in three bullets points, these would be:

Do you see that criteria changing over the next year?

No, not really, I believe the above three bullets will always be important criteria.

The one thing that we will look for more going forward is teams that understand and can execute on games with a mass-market appeal that have a clear positive impact on society.

What tips would you give to any developer to help them improve their pitching skills?

Watch other experienced founders pitch their companies, take opportunities to speak in public, test your pitch with others and read investor posts on what they expect to see in a pitch.

With all the wealth of information out there nowadays, there is no excuse to be unprepared and doing an average pitch. Competition is fierce and only the absolute best get funded by experienced investors.

Are there any mistakes you see different developers making frequently?

Yes, the most frequent mistake I see (and I have been guilty of it myself) is taking too long to kill a game that is in development but that doesn't have the KPIs to be a major hit.

It's a really difficult decision and you always think that the next feature or update will fix it when the right decision is to kill the game, take your loss, learn and move on to the next game.

Come to Pocket Gamer Connects London 2019 on January 21st and 22nd and be part of our inaugural Investor Connector event. This for games developers actively looking for funding to connect on a one-to-one basis with investors during a dedicated three-hour event.

Sign up here to be part of Investor Connector and help secure your next round of funding.