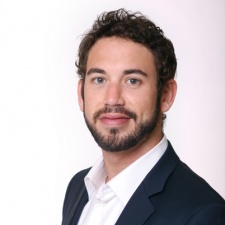 Today we're speaking to FlowMotion Entertainment chief creative officer Nathan Sellyn ahead of his panel on Instant Games and hyper-casual.

Previously, Sellyn served as the co-founder and creative director at Brothersport Games, creators of 'Dunk Dreams,' a groundbreaking, innovative, and unsuccessful sports RPG. Nathan is also a best-selling author and the five-time defending champion of the Lombardi Classic, one of Canada's most competitive esports tournaments.

Nathan Sellyn: FlowMotion Entertainment is a leading publisher and developer of casual titles for female audiences. Our games, led by our flagship title Cook It!, receive roughly 2M downloads per month.

My responsibilities include oversight of the company's business development, marketing and product divisions.

I look after our UA efforts, our marketing creative, outreach and negotiations with new development partners, and - most importantly - development of our in-house titles, including Cook It!

I've been a borderline problem gamer since about the age of six and do more gaming than anything else in my life, including sleep.

As I grew older, I found myself increasingly passionate about games as an artistic medium. After a career in corporate finance, where I made a lot of money but consistently found myself attracted to large cups of bleach, I decided to pursue my passion.

It's never too late. Put art and gameplay first, monetisation will follow.

The pace of change in mobile is accelerating, and never before has it been more important not to rest on your laurels. Narrative is becoming increasingly important, and shouldn't be an afterthought. Explore new platforms and UA channels, you may be overlooking additional sources of revenue and downloads.

At the same time, consolidation is coming. CPIs are going up and that's making it harder for smaller developers to remain in business.

If you've got a great and original idea, put it on PC, or even console. Those are the platforms where gamers are looking for something unique.

Perhaps not in the next 12 months, maybe the next 12 to 36, but - absence VR/AR innovations - an increasing push towards equality among platforms.

You won't be able to play The Last of Us 2 on mobile, but so many great independent titles can work on pretty much any platform. As awareness of this reality grows, we'll start to find that we can play many of our favourite titles on any of our devices, even on mobile.

Since I first started gaming? Everything has changed, several times over. Since I started in the industry? On mobile, at least, I think large publishers and developers have begun to recognise the importance of creativity and originality.

When I began, there was a great deal of, 'How can we copy what's working?' This philosophy would persist until someone else found success with a new idea, and then that became the thing to copy.

I think everyone is slowly realising that the big wins come from being that someone else, and the desire to push the envelope and explore unique ideas has increased.

Finding new developers as both an investor and publisher.