Set for a big Apple splash next week 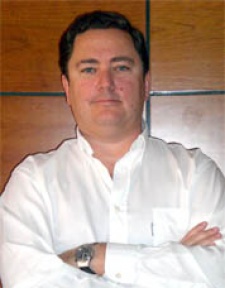 June 5th, 2008 - 12:50pm
By Stuart Dredge, Contributing Editor
It's easy to focus on the biggest mobile publishers when talking about new platforms like iPhone, N-Gage and Android. Yet there are plenty more developers and publishers getting excited about the opportunities they offer.

One is Spanish firm LemonQuest, which is making a significant investment in iPhone development. CEO Ignacio Cavero believes these platforms, along with new technologies like ARM's new multi-core mobile graphics processor, will have a huge impact on mobile gaming.

"We're going to see a new generation of games," he tells PocketGamer.biz. "Instead of being sold for 5 in Europe, they'll be closer to 10 or 12. Take a look at what Apple is preparing for iPhone. Their games will be sold in iTunes for 17-18."

Apple has remained tight-lipped about its pricing policy for iPhone games, in advance of the launch of its Application Store next week, at its WWDC Show. Cavero says LemonQuest will be presenting its first iPhone game at the show.

"I can't say much about it, but it's very exciting," he says. "We've got a big UK licence, and we're using all the capabilities of the iPhone."

Cavero accepts that developing games for the iPhone and other new mobile platforms will be more costly and time-consuming, but says that higher prices will balance out these costs.

"In the end, the market's going to pay for it," he says. "At the same time, we will see some publishers and developers who won't be able to make this step forwards, so it will be limited to a small group of companies. But we have some other developers coming from PC games and getting into this new generation of mobile games."

Like many mobile publishers who've struggled to get their Java games onto operator decks in Europe, LemonQuest is eager to make the most of the new sales channels on these new platforms, whether iTunes or others.

"The doors of the operator towers are basically closed, so for us, getting onto the iPhone and selling our games through iTunes is healthy," he says. "I believe that in two years, the market will be 50-50 between the carriers, and alternative sales channels. The carriers have been limiting the market."

Will the same big publishers dominate iPhone as mobile though? EA Mobile, Gameloft and Glu are all piling resources into these new mobile platforms, with the same hope of generating more revenues per game.

"These publishers have deep pockets to move," admits Cavero. "But the good thing about small companies like LemonQuest is we are dynamic, and we can move very fast. The decision is taken in one room with three people. So the big ones will always be there, but smaller companies have to take advantage."

Cavero is enthusiastic about the likely impact of ARM's new processor, too, and hopes to see it quickly making its way into handsets from the likes of Nokia, Sony Ericsson and Samsung.

"I believe the first step is going to be taken in Symbian handsets," he says, citing N-Gage phones as particularly suitable candidates. The big deal is that this kind of processor will enable more OpenGL-based development, using the skills of existing PC game developers.

"You won't need special skills to use it," he says. "It's easier to program, and very similar to the graphics engine used for PC games. So in some ways, it's going to unify the programming for mobile handsets."

How soon is it sensible to make a significant investment in creating games that use this technology, though, given that it needs time to get into handsets and then build up an install base?

Meanwhile, LemonQuest is planning to launch an ambitious massively multiplayer mobile game in the fourth quarter of this year, after recently acquiring a Chinese firm with the necessary technology (and 240,000 registered players).

"If these kinds of massively online communities work through a PC, we think we can do something for the mobile phone," says Cavero. "We will launch our game by the end of the fourth quarter."

LemonQuest sells off its entire Java game back catalog