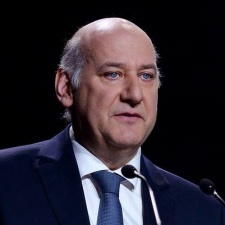 Hot on the heels of the announcement that Alexandre de Rochefort had been named temporary CEO of Gameloft in the face of a full board resignation, a new CEO and board have been appointed.

It's Vivendi COO Stéphane Roussel who will be responsible for taking the French developer forward following Vivendi's hostile takeover, and he was quick to make assurances to his new staff.

"I start my role today with an ambitious plan: to combine your creative passion with Vivendi's to accelerate Gameloft's development," he said.

“We intend to mobilize our expertise to develop franchises from Gameloft, its partners and from Vivendi, and deploy them as widely as possible.”

"You will be a fully-integrated member of the Vivendi family while maintaining your distinctiveness and originality."

Gameloft's former board, however, were evidently less confident of this, refusing to cooperate with "a majority shareholder whose strategic vision and managerial values it does not share."

Now, having installed its own board, Vivendi faces no such backlash. The new board consists of: