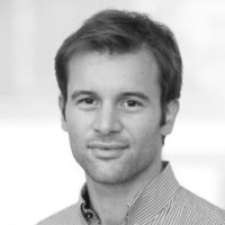 Being led by industry veterans and young talent both, the new studio is to develop free-to-play games on PC and console.

Gameloft’s current international footprint comprises 17 studios, and the 18th is opening near headquarters with a goal of hiring 30 new employees this year. This includes Julien Billard, joining Gameloft Paris as its studio manager after 10 years of industry experience.

Gameloft Paris' upcoming game, currently in development, is aiming to support platform diversification and is reliant upon the company’s knowledge of free-to-play games. However, instead of an F2P mobile entry, this title is to be a sport-oriented cross-play experience for PC and console.

In PocketGamer.biz’s latest Mobile Mavens, we spoke with ad experts with AudioMob, Dataseat, Kempt&Co, Two Way Media, and Tilting Point who provided myriad perspectives on the journey of F2P mobile games, in-game ads, and the lessons Sony and Microsoft should acknowledge as mobile and console gaming come closer together.

"I am very proud to head Gameloft's first Parisian studio," said Billard. "The Parisian region is rich in talent, some just beginning their careers and others experienced professionals. It's with this business incubator approach, supported by the group’s expertise, that we can make a difference."

"Gameloft is an international and multicultural company—but its roots are in France," said Gameloft CEO Stéphane Roussel. "We are thrilled to be able to contribute to the development of this flourishing industry in the French market and offer new opportunities to talented people through the opening of this new studio in the heart of Paris."

Games and esports company Nodwin Gaming recently partnered with Gameloft to create and execute esports events around Asphalt Racing IPs in India. Gameloft for brands then announced the launch of an esports competition in Asphalt 9: Legends for Snapdragon Elite Gaming with ESL Gaming.

Earlier this year, Gameloft Toronto announced the appointment of Michael Stolls as its new studio head, moving up from technical director.