Updated: what crucial lessons can Microsoft and Sony take from mobile for in-game ads? 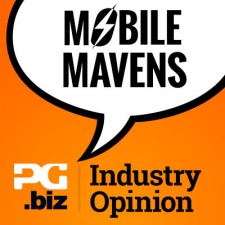 There is heightened speculation that console moguls Sony and Microsoft are pursuing in-game ads, specifically in non-disruptive forms.

While the console and PC spaces are no stranger to F2P, there are considerable differences in player bases and means of engagement between console and mobile audiences, and with Microsoft's reported commitment to preventing "irritating" experiences, this may be a harsh road for Microsoft and Sony to take. But it is one the mobile games industry has traversed extensively.

Provide value to the player. No one likes to be bombarded by ads, moreover when these are not relevant and annoying since they disrupt the gameplay experience.

Rewarded ads are likely to perform best. Most players are used to this format from mobile games.

Interstitial ads on loading screens might be an easy resource. If loading times are not heavily affected, that’s the first placement that I would expect being deployed by Microsoft and Sony.

As a developer I would stay away from in-game ads, unless these are well integrated in the game or they make sense given the genre. Seeing billboard ads in a real-life football game is a given, the same can be applied to the video game console equivalent. Seeing billboards in fantasy hack and slack game, not so much…

Bespoke integrations, where a brand item is blended within the game (product placement in traditional media), requires months of planning and a lot of developer time. In my opinion, that’s the best way to implement ads. However, the logistics behind making these types of ads a reality are far away from the real-time bidding world that digital advertisers are used to from F2P mobile games.

The first essential lesson is to focus on non-interrupting ad experiences. Consumers realise there is no such thing as a free lunch (such as 'ads keep the game free'). However, formats which interrupt the user's experience will cause a fall in game retention.

Secondly, ads should be attached to incentives. Users prefer to engage with an ad in exchange for in-game rewards such as in-game items, currency, or premium content. These are known as rewarded ad formats and AudioMob has seen higher user engagement on these ad formats.

Last but not least, respect user privacy. We made privacy a core focus at AudioMob, given user sentiment towards the data collection over the past five years. Although laws and technical implementations will differ across regions, the sentiment of the general public and governments is clear: user privacy must be respected.

While the core proposition here is seeking third-party revenue to monetise F2P games, this also presents a fresh opportunity to increase user LTV across their respective ecosystems if they can leverage cross-promotion to drive users into the best content that suits their business goals.

With the wealth of user data and extensive content libraries available to the triple-A platforms, they are well positioned to use this to optimise the profitability of all titles, per user – whether this means driving them into another F2P game, or the latest paid title.

However, a key learning from mobile would be that achieving satisfactory results will likely require more than the non-intrusive ad strategy they are currently indicating they intend to pursue. More-so than in mobile, the real challenge here is not in the data science, but the user experience.

It’s all about reasonable levels of control. Mobile advertising inherited a lot of its practices from web/digital and, as such, remains a 'wild west' in nature. Users have therefore had to grapple with things like misleading creative, close buttons that are difficult/impossible to hit successfully, audio which doesn’t respect the mute settings on the device, and a multitude of other issues which often make the experience annoying and intrusive.

Compare this to the much more regulated environment of TV or radio where there are higher barriers to entry due to its more “broadcast” nature, content has to conform to strict production standards and the ratio of advertising to content is strictly limited. We can easily see that reasonable control has clear benefits to the audience.

The problem, of course, is adoption of the new platform. Until such time as the demand for inventory matches or exceeds the supply, it’s difficult to create a clear business case around having such a regulated environment. However, it may be that Sony and Microsoft can overcome this.

Where possible, get the ad strategy and structure into your game design as early as possible. Rewarded placements are a great way to give IAP benefits to players that don’t or won’t make an in-game purchase, as long as they’re put in the right place, and offered at the right price!

Retention is the most important aspect of F2P, so test your ad frequencies, rewards, and placements as much as your budgets and timescales allow. We never get this right first time! Don’t just look at short-term retention, if you can: test for 14-30 day retention too. What might be just about okay in the short term might be far too much in the long term.

But the biggest lesson from mobile? Control or have a stake in the ad selling and serving side and you can’t fail to make some money!

For further thoughts on F2P monetisation, including many of the player frustrations discussed by Kempt, you can read Edd Coates' feature on avoiding "purposefully neglectful" dark patterns in F2P games.