“We are honoured to get this award and for the recognition!” Co-founders Christian Facey and Wilfrid Obeng celebrate their success 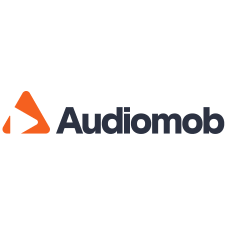 The award was accepted on their behalf by Audiomob account strategist Piers Ndoke and head of customer success Rohan Premnath.

Audiomob is an ad platform focusing on in-game audio, delivering ads through in-game audio alone, allowing brands to connect with audiences without interrupting the gameplay loop. To date, the company has engaged with three billion players worldwide, and reports that clients see 2000 percent increases in engagement compared to banner ads.

"It's been a surreal experience. I remember reading about all these amazing award winning entrepreneurs whilst I was working at Google and Facebook, constantly trying to figure out what it would take to just launch a business, let alone scale a successful one!” said Mr. Facey. “Wilfrid and I have invented a now trending advertising vertical (in-game audio) and have an amazing team to lead the charge. We're honoured to get this award and for the recognition!"

Audiomob has experienced a period of significant growth since its foundation in 2022 thanks to its novel approach to app monetisation and advertising, with a focus on immersion as opposed to intrusion, and Audiomob’s own research has shown that 75 percent of those surveyed prefer audio to other forms of advertising. Audiomob raised $14 million at a $110 million valuation last year and has partnered with developers such as Kwalee and Tamalaki, showing that the industry is taking note of what the company offers, and the potential of its innovative form of advertising. This award further cements Audiomob as a company to watch.

“When we launched Audiomob in 2020 there was significant skepticism as to if this format was even viable! Fast forward 2 years and we’re now seeing more investment in the space, and an increased total addressable market specifically for the channel that is now known as In-Game audio advertising,” said Facey on Linkedin.