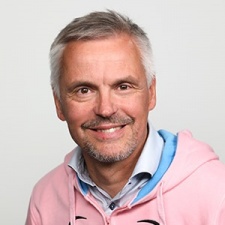 Rovio has had a shake-up of its leadership team that includes the departure of its SVP of communications and investor relations Rauno Heinonen.

The exec had only joined the company back in September as the Angry Birds developer prepared for its initial public offering.

In that time Rovio’s flotation has encountered troubles amidst investor concern over lower than expected profits and the amount of money the company is pumping into user acquisition.

In the role he’ll be responsible for the company’s overall marketing, communications and brand, and will report directly to CEO Kati Levoranta.

The changes to the leadership team have been made effective April 11th 2018.

The news comes just over a month after Rovio's head of games Wilhelm Taht left the company due to "personal reasons". He had been with the developer for three years and oversaw a turnaround in fortunes of its games business as it pivoted to free-to-play.

Jobs in Games: Rovio's Heini Kaihu on how to get a job as head of studio