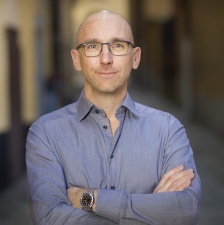 The move comes as Nordisk ramps up its push into games, notably acquiring Rage 2 and Just Cause developer Avalanche Studios last year and picking up Sofie Filt Læntver as its new director of partnerships.

“We are extremely happy that we have been able to attract Karl Magnus Troedsson to Nordisk Film Games,” said Weider.

“He is just a great guy who will add vast industry experience and an outstanding network. KM is very passionate about supporting game teams from inception and beyond, and we have no doubt that he will be able to work with our existing portfolio companies as well as help drive new acquisitions.”

Troedsson added: “Nordisk Film Games is a talented group of people with the hearts and minds in the right place. They are a big investor but with a long-term and founder friendly approach which matches my own view on how to best work as a catalyst within the games industry.

“I am looking forward to helping Nordisk Film Games grow, evolve and diversify their portfolio.”

Troedsson worked at DICE for 12 years, working his way up to the CEO role before taking on broader positions as VP and group GM, and VP of Group Strategy at EA. Since then he's taken board positions as companies such as Raw Fury, Neat Corp and Framebunker.