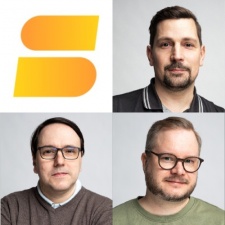 With over a decade in the mobile games industry, Sandrini is joining the team as chief technology officer. At Social First, Sandrini will be responsible for overseeing and managing the technical direction of the company, including a focus on new technologies, such as blockchain gaming.

Global games industry veteran Raula has previously held positions at EA, Ubisoft, Remedy, and more. At Social First, Raula will operate as head of design and lead the design side of production and will work alongside games leads and management to "actualise" the company’s vision.

Ravantti brings experience from the games and finance industries and has most recently been focusing on dev ops and QA. At Social First, Ravanatti will work with the development and operations teams to lead toolchains and processes.

Social First founded in late 2021 and launched publicly with the announcement of its $2.5 million pre-seed investment in January 2022. At the time, we spoke with Social First co-founder Kim Soares about the launch of the studio and the importance of cross-platform games.

"Welcoming Marco, Aki, and Jari to the team is an exciting step in Social First’s journey as we continue to grow the team and bring a great blend of top-notch expertise and knowledge to the business from a varied backgrounds," said Social First president Mikko Kähärä.

In other job news, earlier this week Imagendary Studios announced that it had hired Jason Hayes and Matt Cordner to tap into their skills in audio and art.