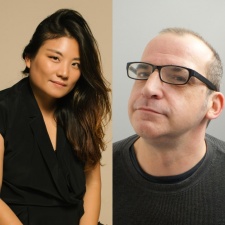 Following a pre-seed investment of $2.5 million, announced in January, these hires have been made with intentions of meeting the studio’s ambitions for the second generation of Web3 gaming.

Bringing more than a decade of experience to the studio, Kim has worked as head of ecosystems at Mysten Labs and co-led Google Play’s gaming business development team, supporting its scaling from $1 billion to $10 billion revenue over the course of three years.

Kim has also invested in and advised a number of crypto, e-commerce, and gaming brands.

Kim said: "The future of Web3 relies on gaming. What other industry has billions of users interacting digitally with each other? The new generation of Web3 gaming studios is where the innovation will be."

With more than 30 years of industry experience, Chambers began his professional games career at Games Workshop before moving to Activision Blizzard as StarCraft 2’s lead writer and creative director. At Social First, he will advise on worldbuilding and engagement.

Social First CEO Kim Soares commented: "We are thrilled to have Koh and Andy joining us, they are both top talent in their respective fields and together, their expertise is a perfect fit for our company strategy moving forward. Koh’s experience in Web3 is unparalleled and she has demonstrated that through several successful NFT and token sales with numerous companies.

"Andy of course is nothing short of an industry legend, in large part creating Warhammer 40K and Fantasy IPs during his time at Games Workshop."

In a recent interview, Susan Cummings, CEO of Tiny Rebel Games’ Petaverse Network, was effusive about metaverse investor interest, stating that "almost all of our investors are Web3, rather than traditional games investors".

At Pocket Gamer Connects Seattle, taking place next week, the Mythical Games team will be hosting a speed panel discussing the importance of taking a people-first approach to blockchain gaming and Web3.