The company has appointed a new chairman and non-executive director 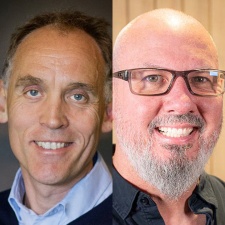 Ken Beaty joins the team following a 20 year career with private equity firm 3i, and has spent the last 10 years as an independent non-independent director with the boards and stakeholders of companies and charities in a variety of sectors. In 2014 he took a position as non-executive of independent AAA developer Sumo Group, which grew in value from $16.8 million to $361 million during his time with them.

These appointments follow the recent appointment of Sonia Kerr as CFO. Kerr has a combined 20 years of experience of corporate M&A’s and financial operational leadership.

On course for further growth

Bobby Thandi, XR Games founder and CEO, commented: “We are so pleased to be welcoming Ken and Colin to the XR family. It’s a huge milestone for us, and a testament to our growth potential and journey so far. To see such industry giants from the gaming and tech industry express such enthusiasm and ambition to help drive XR Games forward as a true innovator within the VR/AR space is really rewarding.

"This continues to reinforce that our studio is making great progress in our mission and we can’t wait to see what the future holds with Ken and Colin by our side. Further, Sonia has been an amazing addition as our CFO. Her financial expertise and emotional intelligence is off the charts. Sonia was also instrumental in closing our $7 million fund raise.”

The appointments of Beaty and Greene come in the wake of a $7 million investment round earlier this month, which was led by existing investors act media ventures, Praetura Ventures, and Maven. The team will use this investment to move to a larger studio, increase work-for-hire opportunities, develop further research into AR/VR technologies and platforms, and work on multiple unannounced projects with leading publishers worldwide.