Com2uS "guides" developers not to use its trademark Tower Defense 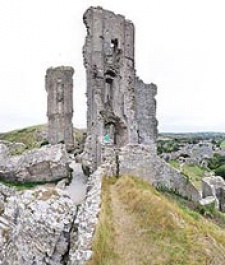 January 25th, 2010 - 04:40pm
By Jon Jordan, Contributing Editor
Following last year's still unresolved spate between MumboJumbo and Codeminion and Playfirst over the removal of StoneLoops! of Jurassica from the App Store, it looks like there could be the potential for something similar to blow up over the use of the term 'Tower Defense'.

According to a thread on TouchArcade, Apple has been warning developers who use the term in their game titles that it "appears to infringe on rights owned by Com2us corporations, specifically TowerDefense".

Indeed, later in the email Apple makes it clear that: "...you are responsible for any liability to Apple because of a claim that your application infringes another party's rights. Moreover, we may reject or remove your application for any reason, in our sole discretion".

As you'd expect, this has kicked off low level unease amongst some iPhone developers, although there are plenty of games with 'Tower Defense' in their title still available on the App Store.

Significantly though, one top selling game Bloons Tower Defense was renamed as Bloons TD last year because of this issue.

As for the Korean publisher, Joony Koo, its team leader for global business development, confirms that Com2uS holds the trademark and that it "guides other developers not to use it in their games for the US territory".